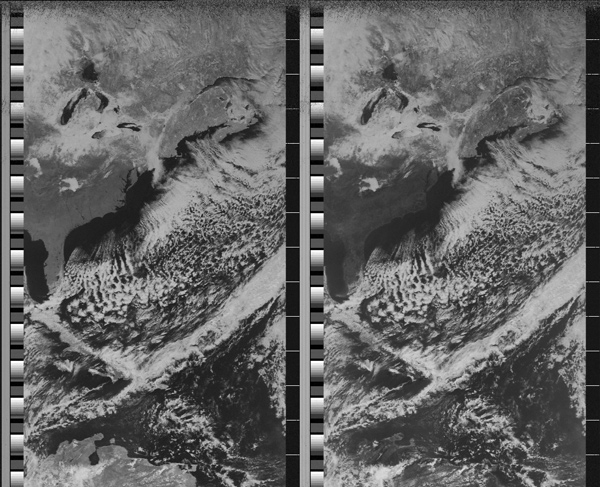 Piering used a home built antenna and receiver. He describes himself as weather satellite hobbyist and has been active in APT data capture since 1971. Among the areas recognized in this image are the northern tip of South America, Cuba, the eastern Gulf of Mexico, Florida, the Chesapeake Bay, the Great Lakes, the east coast of the United Sates and Canada.

The dual images are from Channels 1 and 2 of the AVHRR/3. The National Oceanic and Atmospheric Administration NOAA-N Prime spacecraft lifted off at 2:22 a.m. PST on February 6, 2009 onboard a NASA Delta II 7320-10 Space Launch Vehicle. NOAA-N Prime was renamed NOAA-19 after achieving orbit. 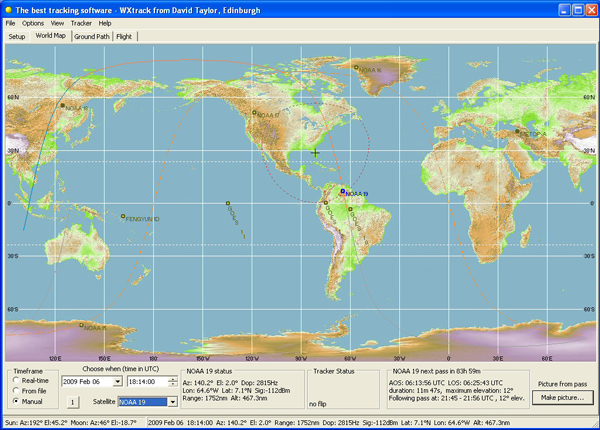