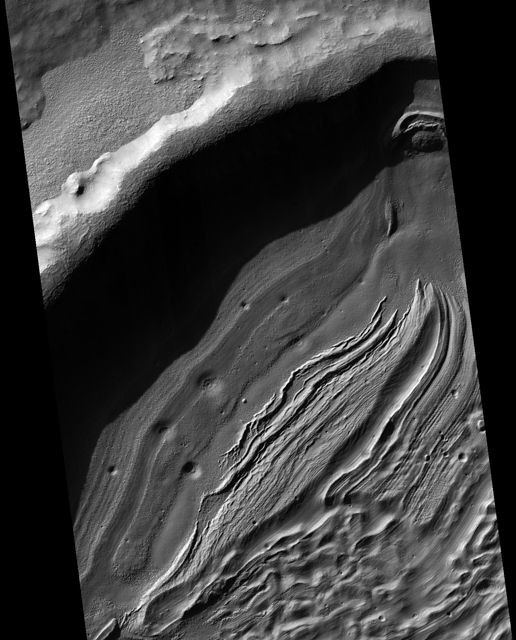 This subimage from an observation by the High Resolution Imaging Science Experiment (HiRISE) camera on NASA's Mars Reconnaissance Orbiter covers a small portion of the northwest quadrant of Hellas Basin, or Hellas Planitia, on southern Mars. With a diameter of about 2,200 kilometers (about 1,400 miles) and a depth reaching the lowest elevations on Mars, Hellas is one of the largest impact craters in the solar system.

This area of Hellas Basin has a number of unusual features which are thought to be quite old because of the high crater density. Here a crater inside Hellas has been filled with material. This may be related to volcanic activity on the northwestern rim of Hellas.

However, it might also be related to water and water ice. There is evidence elsewhere that the ground here is ice-rich. HiRISE is being used to investigate this in more detail when Hellas Basin is free from atmospheric dust.