Ridges as Evidence of Fluid Alteration 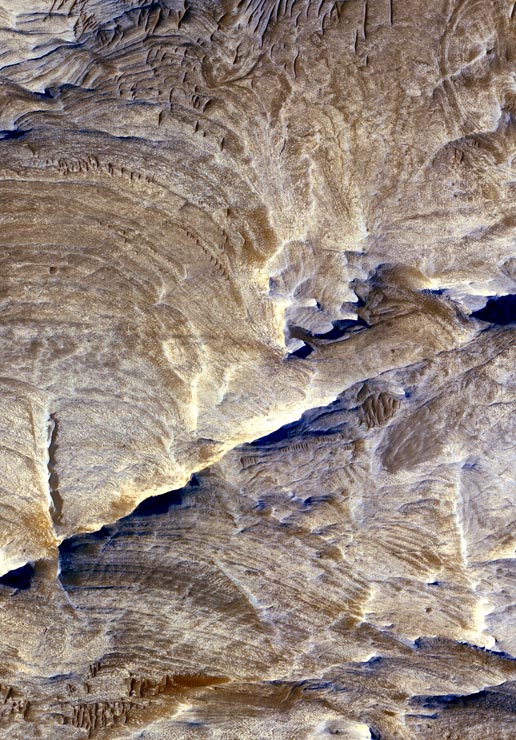 Tectonic fractures within the Candor Chasma region of Valles Marineris, Mars, retain ridge-like shapes as the surrounding bedrock erodes away. This points to past episodes of fluid alteration along the fractures and reveals clues into past fluid flow and geochemical conditions below the surface.

The High Resolution Imaging Science Experiment camera on NASA's Mars Reconnaissance Orbiter took this image on Dec. 2, 2006. The image is approximately 1 kilometer (0.6 mile) across. Illumination from the upper left.