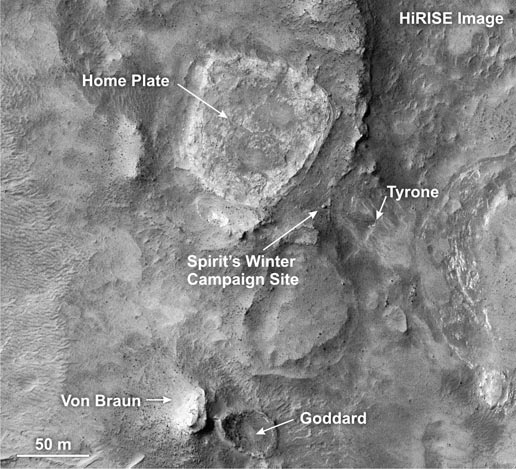 This portion of an image acquired by the Mars Reconnaissance Orbiter's High Resolution Imaging Science Experiment camera shows the Spirit rover's winter campaign site. Spirit was parked on a slope tilted 11 degrees to the north to maximize sunlight during the southern winter season. "Tyrone" is an area where the rover's wheels disturbed light-toned soils. Remote sensing and in-situ analyses found the light-toned soil at Tyrone to be sulfate rich and hydrated. The original picture is catalogued as PSP_001513_1655_red and was taken on Sept. 29, 2006.