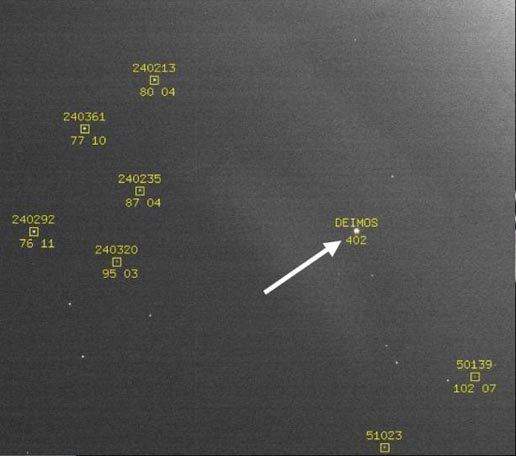 This image showing the position of the Martian moon Deimos against a background of stars is part of a successful technology demonstration completed by NASA's Mars Reconnaissance Orbiter before arrival at Mars.

The spacecraft's Optical Navigation Camera was used in February and March 2006 to demonstrate the use of pictures from a small camera for calculating precise location of a Mars-bound spacecraft by comparing the observed positions of Mars' two moons to their predicted positions relative to background stars. While this technique was not necessary for the Mars Reconnaissance Orbiter's own navigation, the demonstration prepares the way for relying on it for navigating precise arrivals for future missions that land on Mars.