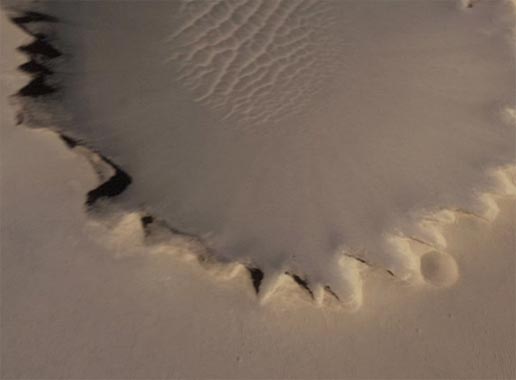 Victoria is about 800 meters (one-half mile) in diameter. This animated flyover approaches the crater from the south, and then moves counterclockwise around part of the rim. An enhanced glimpse of Opportunity appears at a location where the rover was seen by the orbiter.