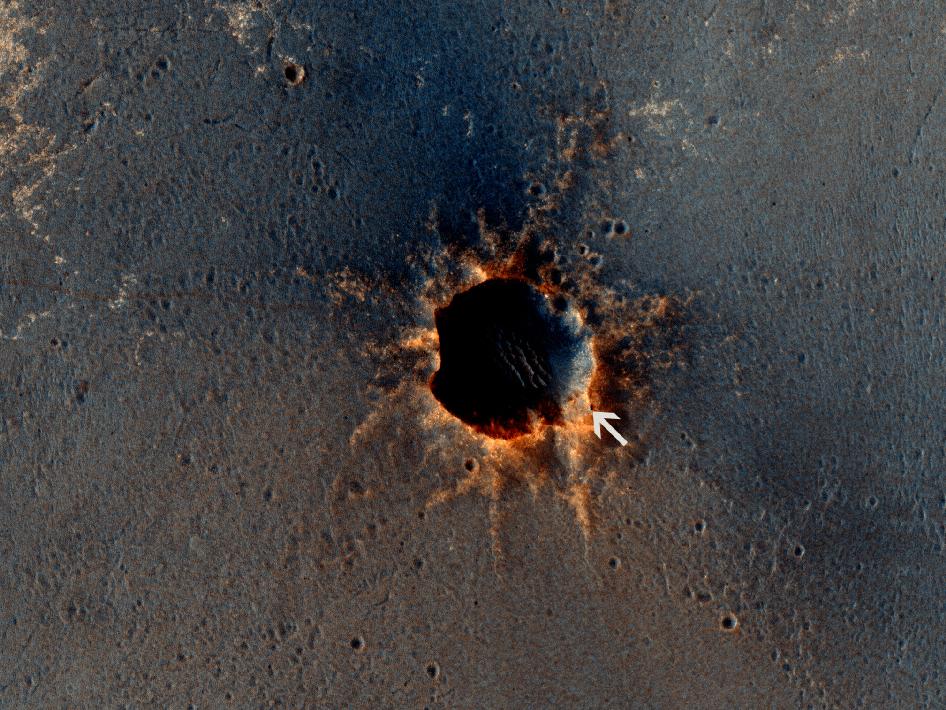 The rover is the bluish speck at about the four o'clock position on the crater rim (with indicator arrow). North is up. Rover tracks are visible to the west of the crater.

Opportunity has been studying this relatively fresh, 90-meter-diameter (295-foot-diemeter) crater to better understand how crater excavation occurred during the impact and how it has been modified by weathering and erosion since. Note the bright blocks and rays of ejecta surrounding the crater.

Spectral information from the Compact Reconnaissance Imaging Spectrometer for Mars (CRISM), which is also on the Mars Reconnaissance Orbiter, indicates a hydrated sulfate at this location. Opportunity will soon resume a long-term trek toward a much larger crater, Endeavour. Santa Maria is about 6 kilometers (about 4 miles) from the rim of Endeavour crater, where CRISM indicates both hydrated sulfates as well as phyllosilicates that formed in a wetter past.

This view is one product from the HiRISE observation catalogued as ESP_021536_1780.