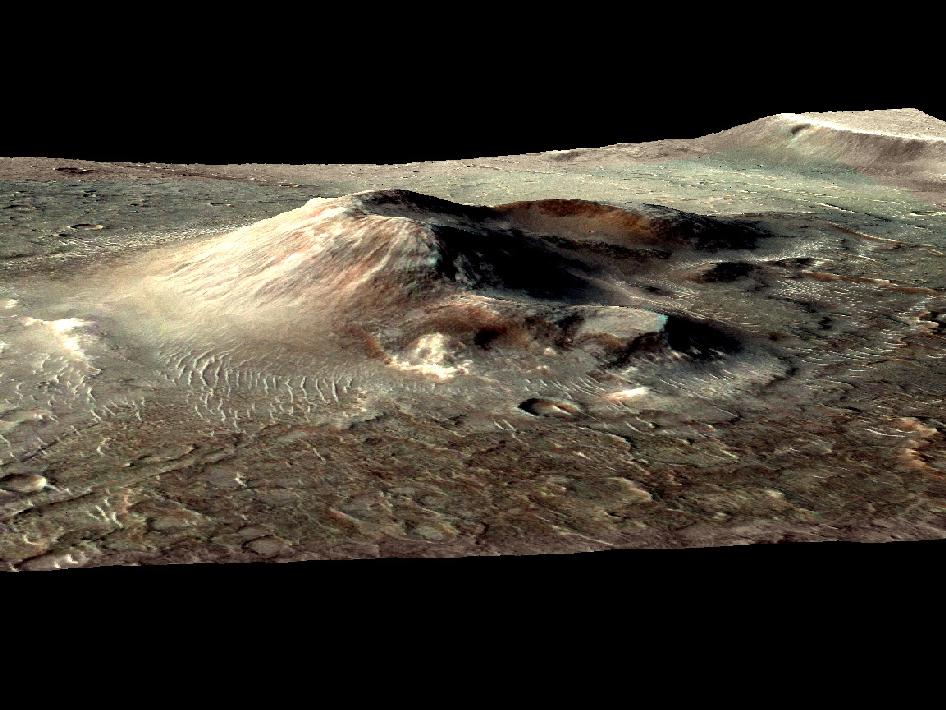 This volcanic cone in the Nili Patera caldera on Mars has hydrothermal mineral deposits on the southern flanks and nearby terrains. Light-toned patches on the closest flank of the cone, and the entire field of light-toned material on the left of the cone (see annotated image) are hydrothermal deposits. The cone is about 5 kilometers (3 miles) in diameter at the base.

The deposits are evidence for a past local environment that was warm and wet or steamy, possibly hospitable to microbial life, as reported in a November 2010 Nature Geoscience paper by J.R. Skok, of Brown University, Providence, R.I., and co-authors.

This image is in false color derived from observation in infrared wavebands with the Compact Reconnaissance Imaging Spectrometer for Mars (CRISM) on NASA's Mars Reconnaissance Orbiter. The CRISM spectral data is overlaid on imagery from the Context Camera on that orbiter. A stereo pair of Context Camera images provided topographic information for a digital terrain model produced with NASA Ames Stereo Pipeline software. The image uses no vertical exaggeration.