How Thick is the North Polar Ice Cap on Mars? 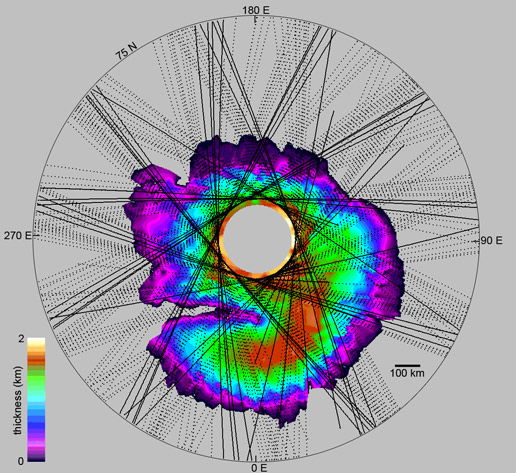 This map shows the thickness of the north polar layered deposits on Mars as measured by the Shallow Radar instrument on NASA's Mars Reconnaissance Orbiter.

The Shallow Radar instrument was provided by the Italian Space Agency. Its operations are led by the University of Rome and its data are analyzed by a joint U.S.-Italian science team. JPL, a division of the California Institute of Technology, Pasadena, manages the Mars Reconnaissance Orbiter for the NASA Science Mission Directorate, Washington.

High-resolution JPEG (1Mb)
› Back To Top