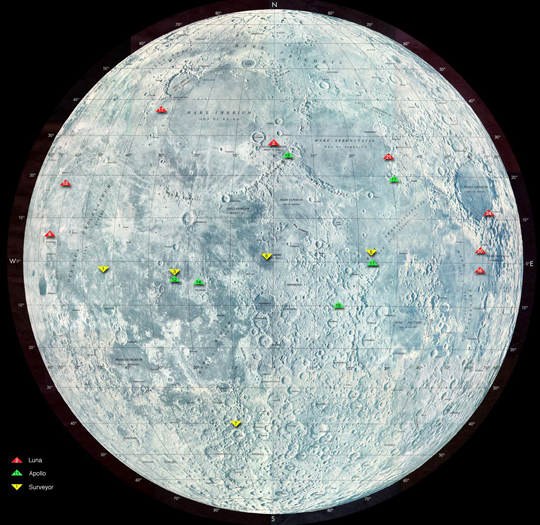 This map shows the locations of many spacecraft that have landed on the moon. Green triangles represent Apollo missions. Yellow are NASA Surveyor missions, and red are Russian Luna spacecraft. One of the Lunar Reconnaissance Orbiter's missions is to search for potential landing sites for future manned missions to the moon.