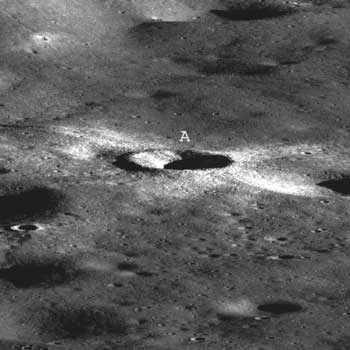 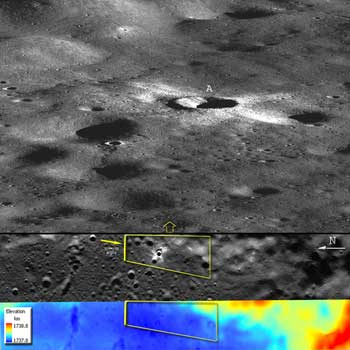 Perspective view, LROC image, and DEM Credit: NASA/GSFC/Ohio State University
The area covered by this stereo pair shows the topography seen by the Apollo 16 astronauts, including rolling plains with many impact craters. The 3-D DEM is colored showing elevations, ranging over about 1-kilometer. South Ray crater (A) in the perspective view is 750 meters in diameter and approximately 70 meters deep. The surrounding craters range from several meters in diameter to 1,200 meters. The tallest mountain in the southwest corner (lower right) of the DEM is 880 meters above the plain.