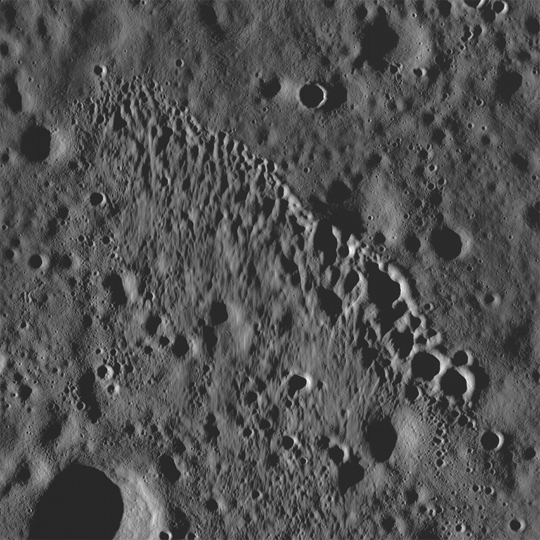 A northwest-trending string of secondary craters formed by debris thrown out from a larger impact, most likely Giordano Bruno, 525 km (about 326 miles) to the north. The chain is about 4.5 km ( 2.8 miles) long and the largest crater at the southeast end is about 340 meters (1,115 feet) in diameter. The structure of these craters suggests that the debris hit the surface at a low angle, heading to the south. Smaller pieces at the northwest end churned and scoured the surface while the larger pieces at the southeast end formed round craters. Secondary craters are common on the lunar surface and occur both in chains and as isolated small craters. It is easy to identify secondary craters when they form in chains, but it is much more difficult to distinguish individual secondary craters.