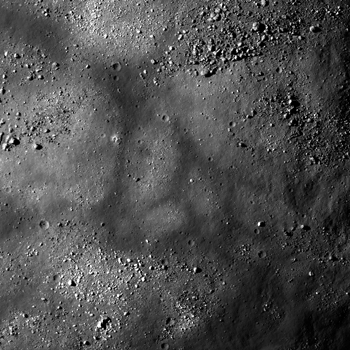 
Crater Vitello, located at the southern edge of Mare Humorum, is a floor fractured crater. The slopes, including the fractures and central peaks are already degraded, and are almost completely covered by low-reflectance, fine-grained materials. Boulders are discernible on the slopes, but not fresh outcrops.

In case of the pyroclastic deposits, fissure eruptions could be the source. However, in general, localized dark mantle deposits on the Moon are variable and tend to be thicker near the source fissure or vent. But in this case, the low-reflectance deposits on Vitello's floor are fairly uniformly distributed, and the exposed blocky, high-reflectance areas occur primarily on slopes. Consequently, these dark deposits might be a maturity effect, with mass wasting processes having exposed the higher-reflectance, brighter materials on slopes. More observations and analysis of other LRO NAC images in this crater, combined with analyses of the multispectral LRO Wide Angle Camera data, will shed additional light on the possible origin of these dark materials. 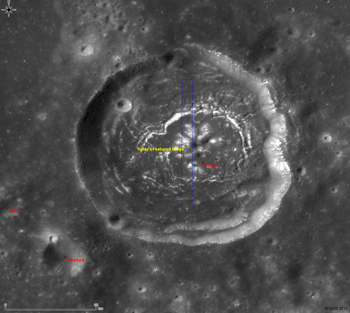