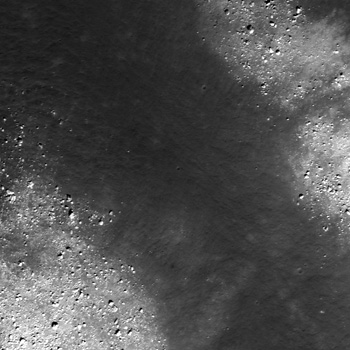 
The floor-fractured Atlas crater, located at 46.7°N, 44.4°E, is 87 km in diameter. The cause of the fractures that cut the crater's floor is not well understood. It is thought that the fractures have wide, flat floors, like a trough (or graben) and that they record a period of uplift of the crater floor. The question is, what caused the uplift? Floor-fractured craters have been a known lunar feature since the days of the Lunar Orbiters, but with LROC images, geologists are working to better understand how they formed. LROC NAC frames allow for a look at the interiors of the fractures, and with stereo images we can measure their shapes.

After the impact that created Atlas, the floor of the crater was molten. As it cooled, the solid floor formed. In the case of Atlas, eventually uplift caused the floor to break and pull apart, forming the graben, or fractures. There are two theories for the cause of the uplift. One possibility is the slow readjustment of the crust after the crater-forming impact. During an impact, the energy released compresses the crust. However, over time the crust can rebound to its original, pre-impact position. This rebound would supply the uplift that forms the fractures on the floor of Atlas crater. A second possibility is that the fractures may be due to an intrusion of magma into the crust below the crater, which uplifted and disrupted the crater floor as it rose. When investigating floor-fractured craters, geologists often look for signs of volcanic activity related to an intrusion of magma. Unraveling the origin of lunar features like this one is a primary focus of LROC science. 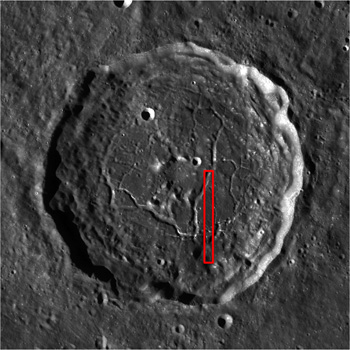