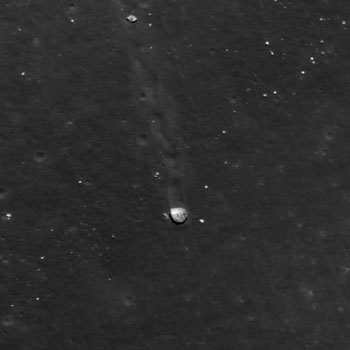 During the Apollo era, Gassendi Crater (17.5°S. 320.1°E) was one of two primary landing site alternatives to the Apollo 17 site at Taurus-Littrow. The candidate location was south of the westernmost of Gassendi's central peaks. The main scientific motivation for a landing at the Gassendi site was the possibility of sampling ancient highland rocks in the crater's central peak. Sampling from the region would have also supplied ages for the Humorum basin impact and the Gassendi crater impact. However, engineering constraints kept Gassendi from becoming an Apollo landing site because it was uncertain if the terrain within Gassendi was too rough and dangerous for astronauts to successfully approach the central peak and obtain a sample. 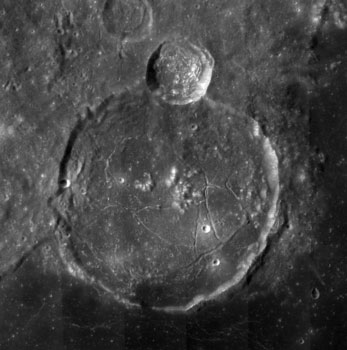 The boulder in today's featured image is exactly what astronauts would want to sample. Since the boulder came from higher up on the peak, witnessed by a trail you can follow back up the peak, astronauts can use it as an opportunity to sample material from higher elevation parts of the peak without having to actually climb the peak! However, Apollo astronauts could not have known ahead of time where boulders like this one were located. The scientists and engineers of the Apollo program used Lunar Orbiter images, Apollo metrics, and Apollo mission photography to make educated decisions between various possibilities for landing sites and to decide where astronauts would travel on the surface. Lunar Orbiter images of Gassendi are lower in resolution (~ 60 m/px) compared to the LROC NAC image (0.5 m/px). Future lunar missions will benefit from LROC images which answer questions about surface roughness and where astronauts should go. For comparison to the NAC image, you can view the Lunar Orbiter image of Gassendi from 1960 below. What a difference new technology makes! The Lunar Orbiter image is provided courtesy of the United States Geological Survey Astrogeology Research Program's Lunar Orbiter Digitization Project. 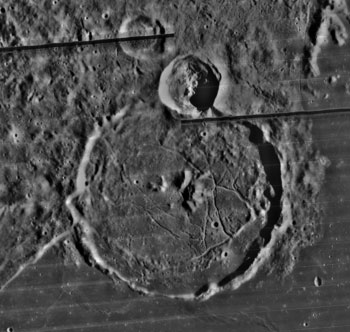