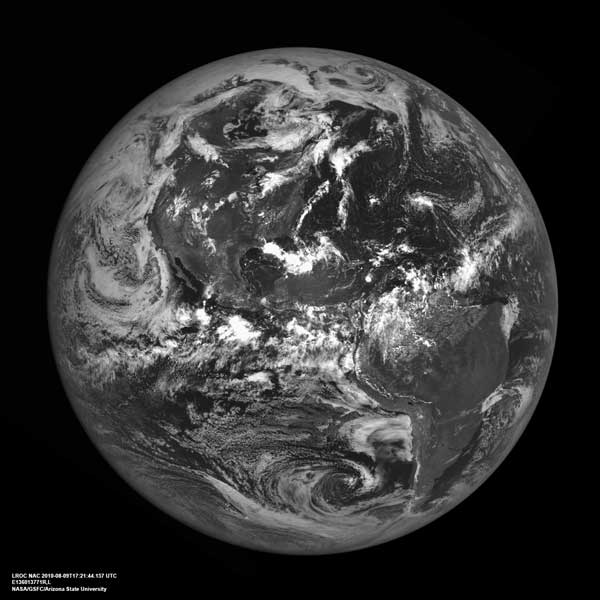 As LRO orbits the Moon every two hours sending down a stream of science data, it is easy to forget how close the Moon is to the Earth. The average distance between the two heavenly bodies is just 384,399 km (238,854 miles). Check your airline frequent flyer totals, perhaps you have already flown the distance to the Moon and back on a single airline! Contrast the current image with the NAC view taken last June, which revealed much of central Asia.

The Moon is a spectacular sight in the nighttime sky. Now imagine the Earth from the Moon, four times larger, a delicate blue, and it does not rise nor set. To astronauts, the Earth is a constant companion, at least on the nearside. Of course, on the farside you can never see the Earth. 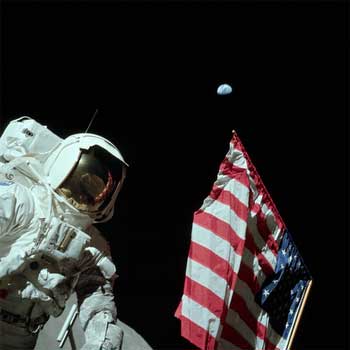 It is exciting to occasionally snap an image of the Earth as the NAC collects routine calibration data. For more information on LRO at the Arizona State University site visit: LRO site at ASU.
› Back To Top