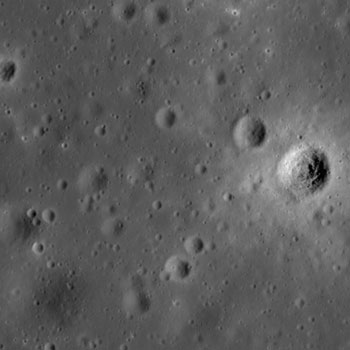 In the late 1950s, at the dawn of the Space Age (when Project Mercury was still getting off the ground), the United States Army proposed to establish a large lunar base to use for a variety of science, engineering, and military tasks. Despite the paucity of data about the lunar surface at that point in history, the Army team that proposed Project Horizon suggested several notional sites for this lunar outpost based on what was known at the time. One of these sites was located near this region in Sinus Aestuum, located southeast of Eratosthenes crater just beyond the southern rim of the of the great Imbrium basin. 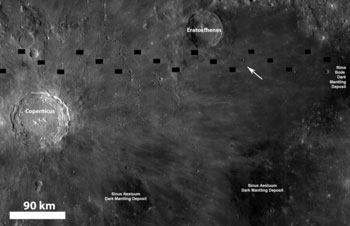 We know more about the Moon now than we did when this location was proposed over five decades ago. Knowing what we do now, it turns out that this would have been a fantastic location for an early lunar outpost. As you can see in today's Featured Image, this mare surface is relatively smooth, the near-equatorial location would have made for a dynamically favorable landing target, and the nearside location would enable continuous real-time communications with Earth. The location would have permitted sampling (and age-dating) the rays of Copernicus and direct exploration of Eratosthenes crater, the foundations for the lunar stratigraphic time scale. This location is centrally located between several targets now known to have high scientific and exploration interest, including the aforementioned Eratosthenes crater, Copernicus crater, the rich ores of the Rima Bode regional dark mantling deposit, the Sinus Aestuum regional dark mantling deposit, and the southern rim of the Imbrium Basin, although an extended surface traverse would have been required to access those locations from this site.