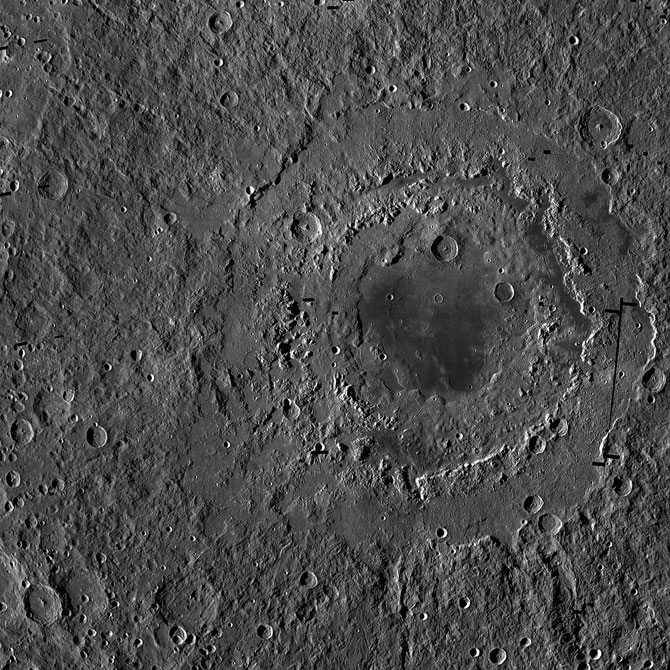 The Orientale basin is the youngest of the large lunar basins. The distinct outer ring is about 950 km from east-to-west, the full width of the LROC WAC mosaic is 1350 km. Credit: NASA/GSFC/University of Arizona

The LROC team is producing preliminary large area mosaics with Wide Angle Camera (WAC) images now that enough data has been collected to derive inflight calibration coefficients and determine photometric corrections. The mosaic above is from images collected by the WAC in monochrome mode. When the sun is low on the horizon, color and reflectance variations are muted, so instead of imaging in the typical seven-color mode, image data from only one filter is read out. This gives a beautiful look at topography and morphology; later, when the sun is higher in the sky, the area is re-imaged in color, and the surface features can be correlated to their color signatures. Because the mosaic is preliminary, it still has some areas that appear black where image data was not included.

The mosaic is of the multi-ring basin Orientale, the youngest of the large lunar basins. Orientale is only partially flooded by later eruptions of mare basalt, unlike basins like Imbrium, so its internal structure is still visible. This view into the interior can help us learn more about basin formation and the mechanics of how basins develop their concentric rings. Orientale is the site of two exploration regions of interest; one was the subject of a past featured image, the other is located near Kopff crater inside the basin. Kopff has unusual fractures in its floor (see NAC detailed view below), and the impact crater may have been modified by later volcanic activity, making it an exciting place to visit. 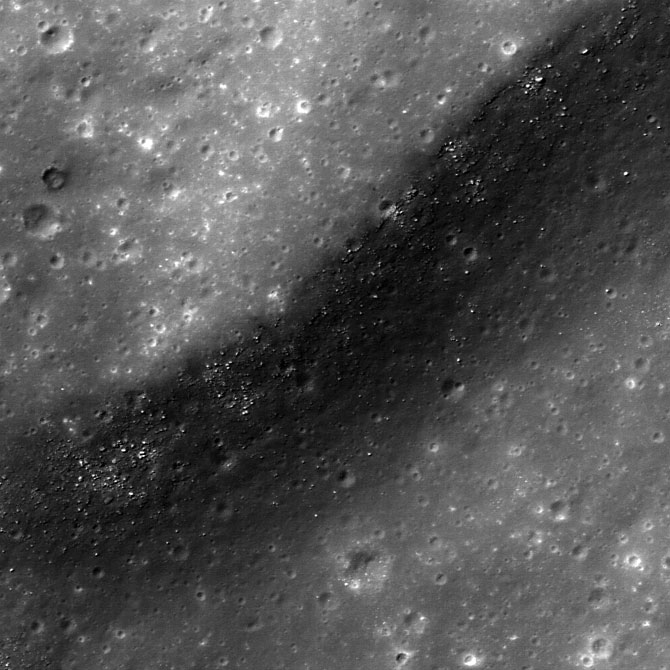 A NAC view inside one of the fractures on the floor of Kopff crater, a 41 km crater within the Orientale basin and near the Orientale 2 exploration region of interest. Image M122794259RE, scene width is 670 m. Credit: NASA/GSFC/Arizona State University 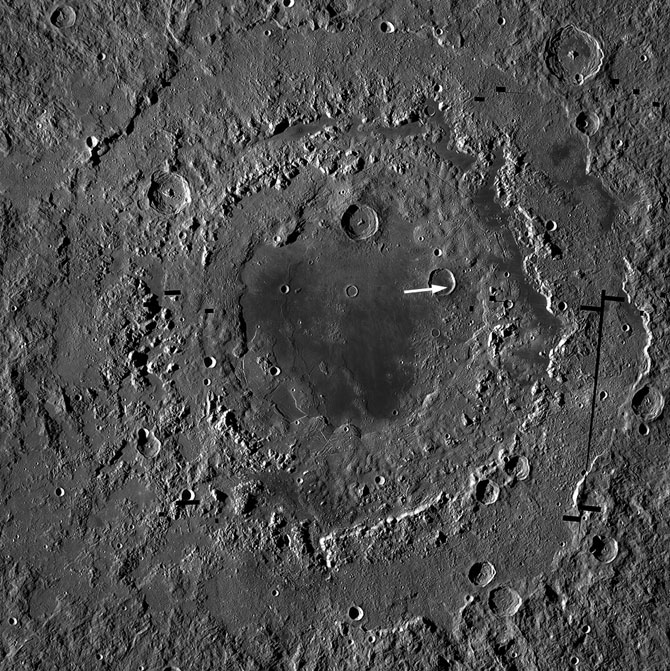 While LROC NAC images give unprecedented detailed views of the surface, WAC mosaics provide a synoptic view of the catastrophic power of large impact events, like the one that formed the Orientale basin. Explore the full-resolution NAC image of Kopff, and the full-resolution WAC mosaic of Orientale at the University of Arizona's LRO Camera website.
› Back To Top