Grow Text SizeShrink Text Size
The Depths of Mare Ingenii
Mare Ingenii may be best known for its prominent lunar swirls, which are high albedo surface features associated with magnetic anomalies. However, lunar swirls are not the only unique geologic feature found in the farside "sea of cleverness." 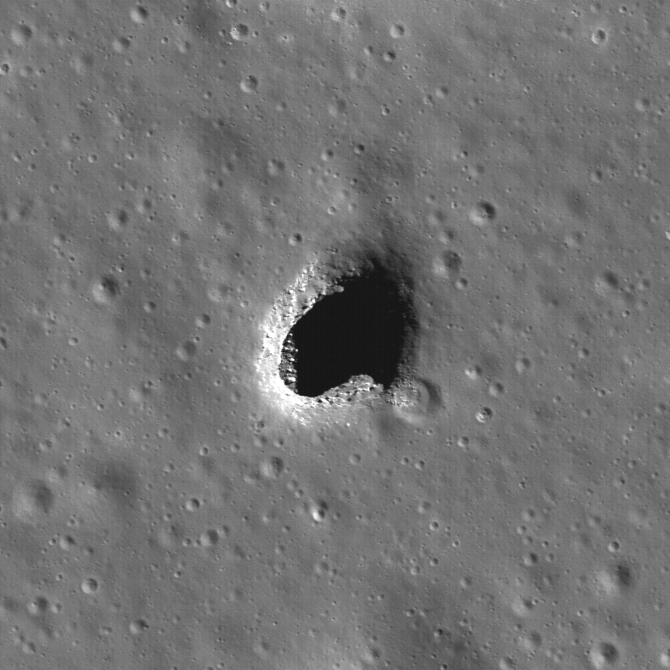 Impact craters are visible everywhere on the moon, but pits are rare. This pit in Mare Ingenii, the "sea of cleverness," is about 130 meters (427 feet) in diameter! Image width is 550 meters (1,805 feet), illumination is from the upper right, LROC Frame: NAC M128202846LE. Credit: NASA/Goddard/Arizona State University
› Larger image

The high-resolution cameras aboard the Japanese SELENE/Kaguya spacecraft first discovered this irregularly-shaped hole, visible in the above image at LROC's 0.55 m/pixel resolution. The boulders and debris resting on the floor of the pit are partially illuminated (left side of the pit, above image) and probably originated at the surface, falling through the pit opening during collapse. 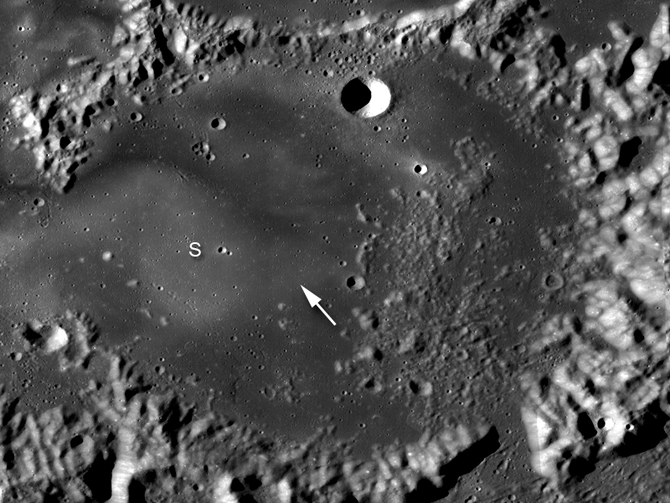