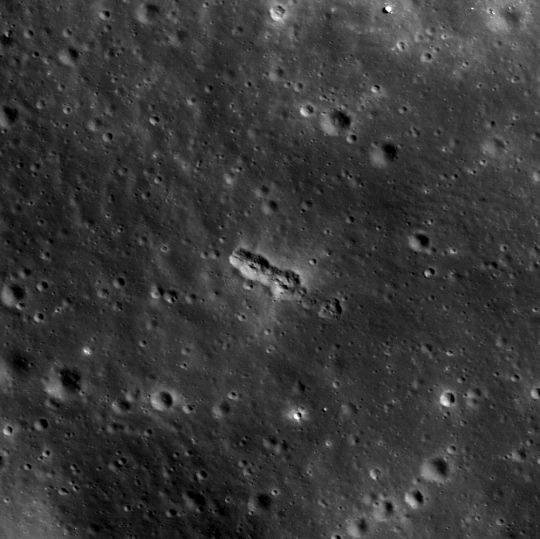 This small chain of several craters likely formed from material ejected during the formation of a larger distant crater. The craters range from ~20 to ~30 meters in diameter and the entire chain is only ~125 m long. The irregular nature of the craters' floors and rims suggests that these are secondary craters rather than primary craters. Most chains of craters on the Moon are formed in this manner, but a few, like the 50-km-long Davy Catena (crater chain), below, are thought to have formed as a result of a series of impacts by fragments from a comet or asteroid that was disrupted when passing close to Earth. 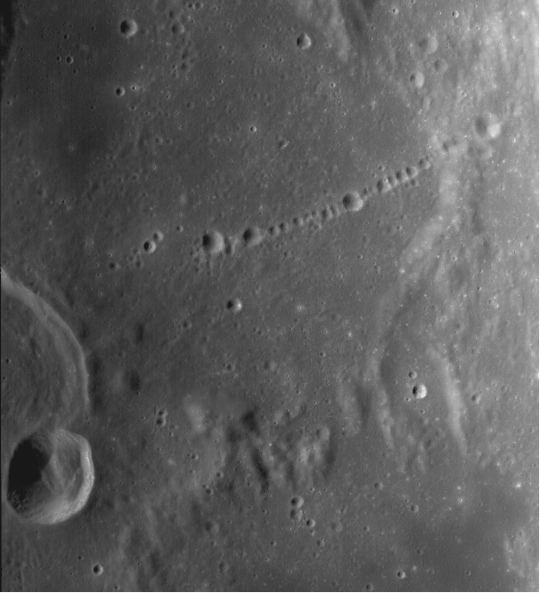 The small crater chain lies inside of the Inner Rook Montes toward the south-western edge of Mare Orientale. Orientale 1 is one of two sites near the Orientale Basin identified as regions of interest to NASA. It is of interest because of the proximity of highlands regolith and the Orientale Basin impact melt sheet, which is heavily fractured to the north of the site, as well as for its location on the limb of the Moon as seen from Earth.