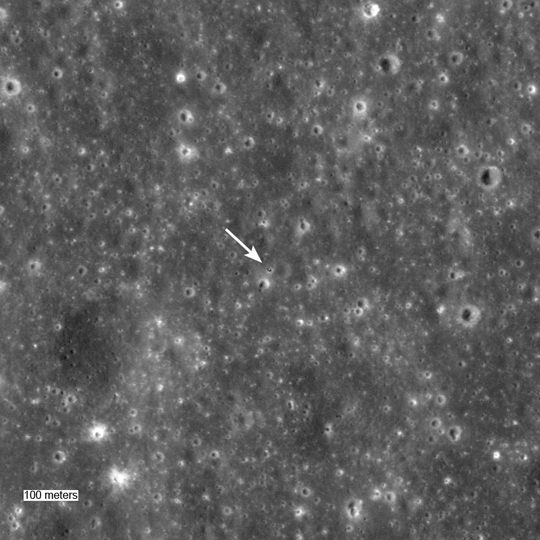 Surveyor 5 landed on Mare Tranquillitatis in September of 1967, in what must have been a harrowing touchdown. As pictures arrived on the ground it became apparent that the spacecraft had landed on the steep slopes of a small impact crater. After careful analysis of the images, including star field pictures, the Surveyor team was able to determine that the local slope was 19.7 degrees! 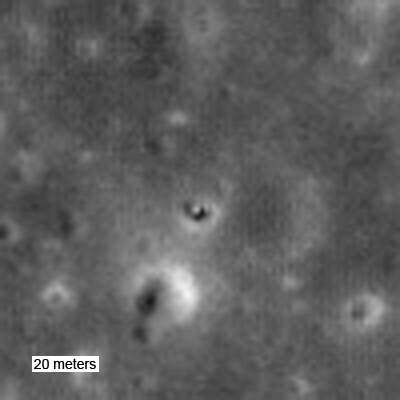 The spacecraft performed all its assigned tasks, returning thousands of detailed pictures and measuring the chemistry of the soil. Less than two years after Surveyor 5 landed Neil Armstrong and Buzz Aldrin set down the Lunar Module Eagle less 100 km away, and returned rocks with chemistry similar to those measured by the Surveyor.