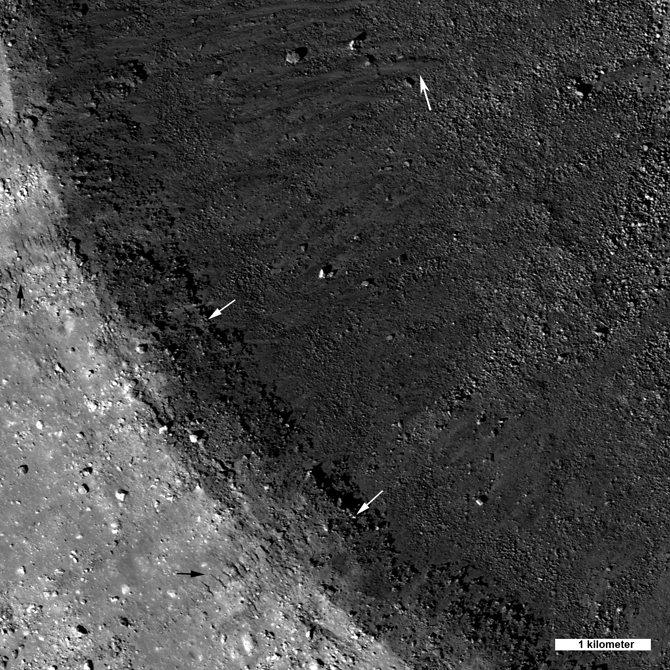 Since the Moon has no atmosphere, no wind, and no rain, features on the surface are preserved for millions of years. The exact age of Linné crater is not known, although it is thought to be less than ten million years old. The new LROC images show a richness of detail that confirm this young age. The small black arrows on the rim point out small delicate fractures (lower left of opening image) that formed as the crater walls slumped inward. Also note the frozen impact melt flows amongst the boulders strewn along the steep inner wall (large white arrow).

The new views provided by LROC show us that each crater has its own story to tell - no two are the same. Linné crater formed in a thick deposit of mare basalt. Typically young craters in mare have large numbers of boulders strewn around their outside flanks. 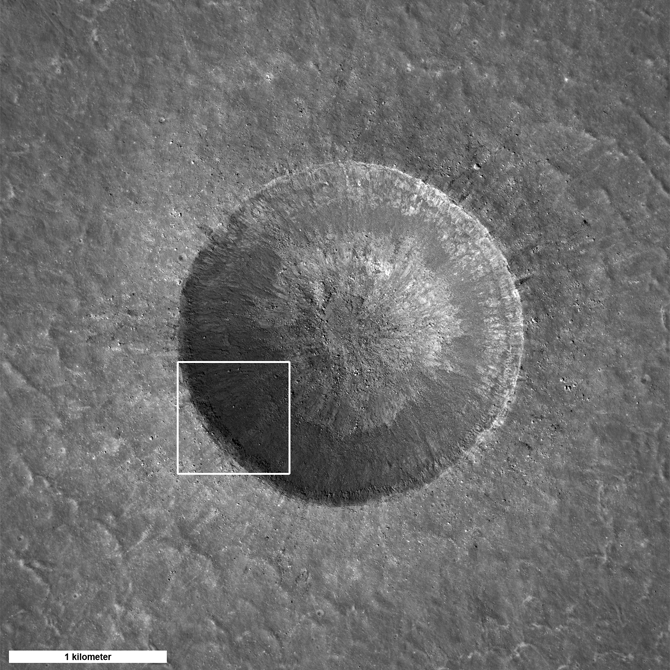 As you explore the full resolution NAC mosaic look for boulders outside the crater -- they are few and far between. Perhaps the local basalts were deposited as very thin layers, so there are no thick solid materials from which to produce boulders? We can see layering in the crater walls, so this hypothesis is certainly plausible. Examine the ejecta field: what causes the dune-like structures? Did the impact ejecta travel low across the surface? Did pre-existing obstacles somehow aid in "dune" formation? At a future opportunity the LROC team plans on acquiring a stereo observation of this fascinating crater to allow detailed topographic analysis of these landforms so scientists can get to the root of these questions.
› Back To Top