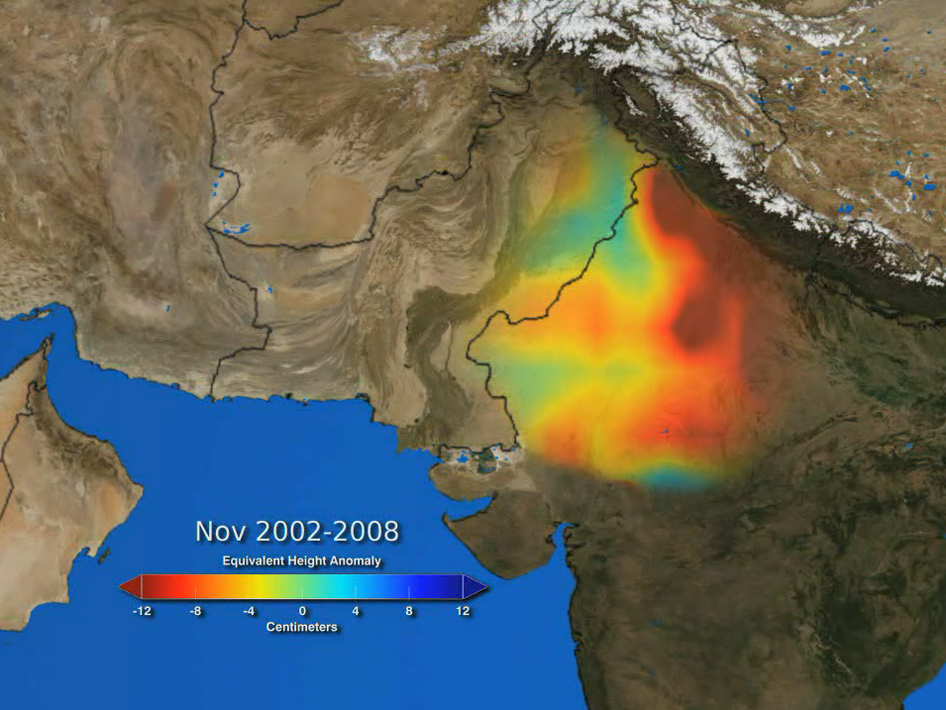 GRACE can see the depletion of groundwater from large aquifers due to drought and human activities. Using GRACE data, scientists found that groundwater levels in northern India declined by as much as 33 centimeters (1 foot) over this region between 2002 and 2008. The researchers concluded this loss is almost entirely due to human activity.