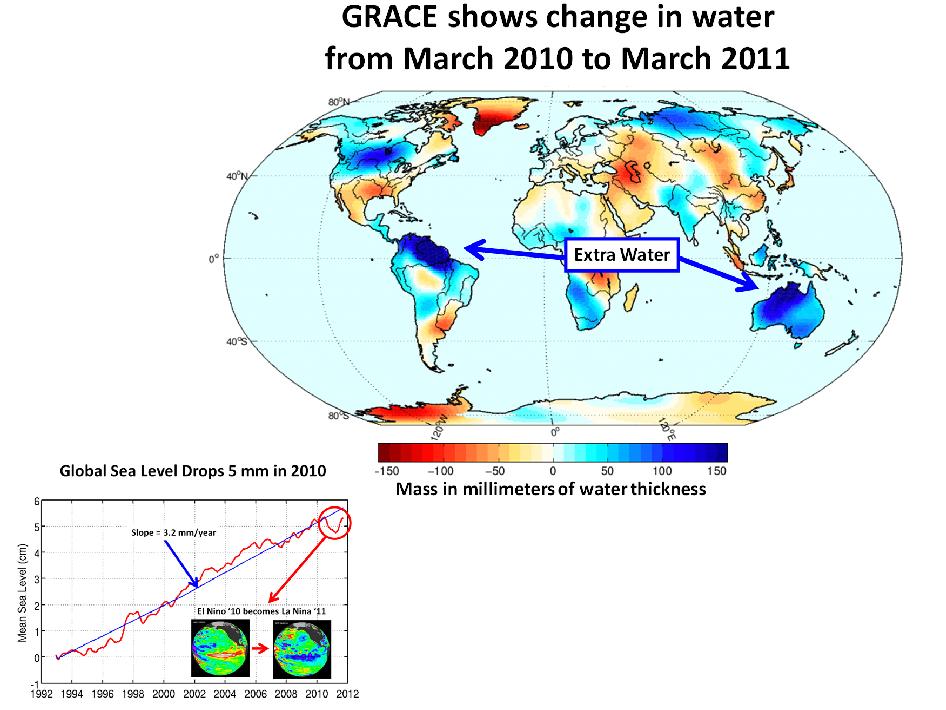 GRACE has tracked changes in the mass contribution to global sea level change. While global sea level rise has been steady for most of the past two decades, every once in a while, such as in 2011, it hits a speed bump. GRACE data showed that between summer of 2010 and summer of 2011, global sea level actually fell by about a quarter of an inch, or half a centimeter. Why? The shift from a strong El Nino to a strong La Nina in the Pacific Ocean changed rainfall patterns all across the globe. This extra rain, which originates in the ocean, piled up on the continents, leading to a temporary drop in global sea level. In the image, red colors show dry regions where water was lost, while blue colors show places that gained water, usually because of heavier-than-normal rainfall or snow.