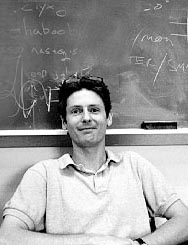 Since 2007, Brian Cairns has been a scientist with the National Aeronautics and Space Administration (NASA) at Goddard Institute for Space Studies (GISS) in New York City. In this post, he has worked on the development of the Aerosol Polarimetry Sensor (APS) and the Cloud Cameras (CCs) for the NASA Glory mission and serves as instrument scientist for these instruments.

The APS sensor follows on from a similar aircraft instrument, called the Research Scanning Polarimeters (RSP), that Cairns developed in collaboration with SpecTIR Corp., Ed Russell and Dick Chandos. The RSP has flown in numerous NASA field experiments from the Arctic Circle to the deep tropics and has allowed Brian and his collaborators at GISS to gain a valuable understanding of what the APS data from Glory will look like.

He is also the developer of the data processing system for the APS and cloud camera data at GISS that will derive the geophysical products from the APS and cloud camera data. He and his colleagues at GISS perform research on advanced numerical techniques for retrieving information from multi-spectral and multi-angle data that are being used in this data processing system.

Cairns is an adjunct professor with both Columbia University and the City College of New York with which institutions he has developed many enjoyable educational projects related to building simple instruments and analyzing remote sensing data. In his spare time, Cairns enjoys hiking and rock climbing - at least once a year whether he needs to or not. Brian grew up in Chesterfield in the United Kingdom and now lives in Cold Spring, NY with his wife, Valerie, and children, Philip and Alexandra.
› Back To Top