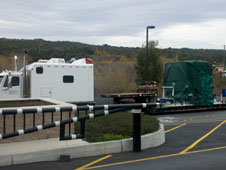 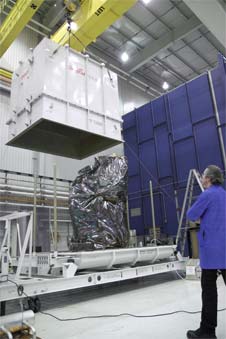 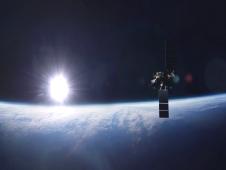 Glory is NASA's next Earth-observing research mission that will improve our understanding of how the sun and airborne particles called aerosols affect Earth's climate. It will join the Afternoon Constellation or "A-train" of polar-orbiting satellites, a group that includes the Aqua and Aura satellites. Glory will carry two primary instruments, the Aerosol Polarimetry Sensor (APS) and the Total Irradiance Monitor (TIM). APS will measure aerosols in the Earth's atmosphere and will take advantage of the A-train orbit by gathering coincident data with other atmospheric science instruments. TIM will point towards the sun and continue the 32-year data record of the sun’s brightness, or total solar irradiance.

"The scientific knowledge gained from Glory will have a significant impact on our understanding of natural and human influences on climate," said Hal Maring, Glory program scientist at NASA Headquarters, Washington.

On Jan. 18, Stage 0 of Orbital’s Taurus XL 3110 four-stage rocket will be moved to the launch pad and hoisted into position. Stages 1, 2 and 3 will join stage 0 on the pad on Jan 25. The Glory spacecraft will be enclosed in the Taurus XL payload fairing on Feb. 4-5 and transported to the launch pad to be mated to the third stage of the rocket the following day. Once the spacecraft is integrated with stages 1, 2, and 3, the entire unit will be rotated to vertical and hoisted atop stage 0 on Feb. 15.

On Feb. 23, Glory is scheduled to launch from Vandenberg’s Space Launch Complex 576-E at 2:09 a.m. PST (5:09 a.m. EST). After launch, mission operators will conduct verification tests for 30 days and then begin normal data collection for a period of at least three years. Glory will fly in a low-Earth orbit of 438 miles (705 km) altitude, which is about the distance between Boston and Washington.

Glory is managed by NASA's Goddard Space Flight Center in Greenbelt, Md., for NASA's Science Mission Directorate in Washington. Launch management is the responsibility of NASA’s Launch Services Program at the Kennedy Space Center in Florida.

Orbital is responsible for the Glory satellite’s design, manufacture, payload integration, and testing, as well as spacecraft operations conducted from its Mission Operations Complex in Dulles, Va. Orbital is also responsible for the mission’s launch service with its Taurus XL rocket. The Laboratory for Atmospheric and Space Physics at the University of Colorado provided and will operate the TIM instrument. Raytheon Space and Airborne Systems in El Segundo, Calif., provided the APS instrument, which will be operated by NASA's Goddard Institute for Space Studies in New York City.