Last week, NASA announced that 2010 was tied as the warmest year on record. Likewise, the last decade was the warmest in the 130-year global temperature record maintained by scientists at NASA’s Goddard Institute for Space Studies (GISS) in New York City.

Meanwhile, at Vandenberg Air Force Base in California, engineers are preparing NASA’s next Earth-observing mission -- a satellite called Glory -- for launch in late February. The satellite, which contains two instruments that will monitor key parts of the climate system, aims to offer a new stream of data that climatologists will use as part of an ongoing effort to improve the accuracy of climate models.


The Aerosol Polarimetry Sensor (APS), a science instrument mounted on the Earth-facing side of the spacecraft, will collect information about small airborne particles called aerosols that can affect climate by absorbing and scattering light. The Total Irradiance Monitor (TIM), which is located on the opposite side of the spacecraft, facing the sun, will measure the intensity of solar radiation at the top of Earth’s atmosphere.

While climatologists have a good understanding of the role that greenhouse gases have on climate, less is known about the impacts of aerosols and long-term solar variability. "We are trying to achieve better measurements of both aerosols and total solar irradiance in order to calculate the energy budget -- the amount of energy entering and exiting Earth’s atmosphere -- as accurately as possible," said Michael Mishchenko, Glory’s project scientist and a researcher at GISS.

The need for better measurements is particularly acute for aerosols. "The range of uncertainty associated with the climate impact of aerosols is three or four times that of greenhouse gases," said James Hansen, the director of GISS and a member of Glory’s science team.

Aerosol particles, or the gases that lead to their formation, can come from vehicle tailpipes and desert winds, from sea spray and campfires, volcanic eruptions and factories. Even lush forests, soils, or communities of plankton in the ocean can be sources of certain types of aerosols.


Detecting subtle differences between the many different types of aerosols -- such as salt, mineral dust, soot, and smoke -- will be one of Glory’s primary strengths. And by closely monitoring the shape and size distribution of aerosols, as well as the way in which the particles reflect light, scientists will be able to distinguish natural from human-produced aerosols more precisely.

Of the 25 climate models included by the United Nations’ Intergovernmental Panel on Climate Change (IPCC) in a major report released in 2007, only a handful considered the scattering or absorbing role of aerosol types other than sulfates, a well-studied category of aerosol produced by volcanic eruptions and by burning certain fossil fuels.

Meanwhile, clouds, which form in the presence of aerosols and can be more reflective when human-produced aerosol particles are present, remain a sort of terra incognito to climatologists. Less than a third of the IPCC models included aerosol impacts on clouds, even in a limited way, and, again, those that did only considered sulfates.

The Centre National d’Etudes Spatiales (CNES), the French space agency, has launched instruments capable of measuring polarized light in the past. However, Mishchenko expects APS to make more accurate polarimetric measurements of aerosols because it will measure particles from more than 250 angles across nine different spectral channels.

"We know the technique works because we’ve been testing it for a number of years with an airplane-based version of the APS called the Research Scanning Polarimeter (RSP)," said Brian Cairns, Glory’s APS instrument scientist and a researcher at GISS.

Scientists used to describe the incoming energy from the sun -- the foundation of Earth’s climate -- as the "solar constant." However, satellite measurements made by numerous instruments during the last three decades have revealed that solar output actually fluctuates by about 0.1 percent over an 11-year cycle as the sun progresses through periods of more and less intense electromagnetic activity.

"Those fluctuations do not explain the global warming the planet has experienced in the last few decades," said Judith Lean, a member of Glory’s science team and a researcher at the Naval Research Laboratory in Washington, D.C. "However, it’s possible -- probable even -- that longer-term solar cycles exist that could have an impact on climate."


There are clues that broader solar cycles exist -- historical records of sunspots and other types of evidence show that the sun entered an extended quiet period of solar activity between 1645 and 1715 called the Maunder Minimum, for example -- but modern satellite instruments have only been available to monitor total solar irradiance since 1978.

The Glory TIM has a key advantage: access to a one-of-a-kind TSI Radiometer Facility. Funded by NASA and built by LASP, the new facility has allowed Kopp’s team to validate the TIM instrument -- as well as check many ground-based versions of some of the other instruments that have measured solar irradiance -- in the most rigorous manner to date. 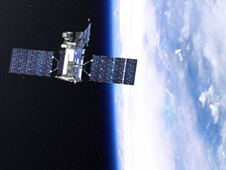 Overall, at 1.9 meters (6.2 feet) by 1.4 meters (4.6 feet), Glory is neither the largest nor the heaviest of NASA’s Earth-observing satellites. The whole of the spacecraft is not much taller than most people, and is slightly narrower than a park bench. It weighs about 525 kilograms (1,158 pounds), about half the weight of a vintage Volkswagen Beetle.

But there’s one detail that makes Glory particularly interesting: the spacecraft’s bus was originally designed for the Vegetation Canopy Lidar (VCL), a mission that never flew due to a technical glitch in the development of an instrument.

Transforming VCL -- a spacecraft that would have launched on a larger rocket, flown in a different orbit, and faced slightly different conditions in space -- into Glory wasn’t easy. "We had to overcome some interesting engineering challenges, but we have done multiple rounds of environmental tests on all of the components on the spacecraft and we’re confident Glory is ready for the space environment," said Bryan Fafaul, Glory’s project manager.

When Glory launches, it will join a group of satellites called the A-Train that fly in similar low-Earth orbits and make coordinated measurements of the surface. "In a sense, we’ve created the first 'super-observatory' with the A-Train," said Joy Bretthauer, the program executive for Glory at NASA headquarters.

NASA held a press conference about Glory on January 20 at NASA headquarters in Washington.