NASA's Space Place is a website that helps kids learn about Earth and space science and technology. The latest interview on the website's animated "Television show," called Space Place Live! features a scientist from the weather satellite that NASA is launching in 2009, called "GOES-O." 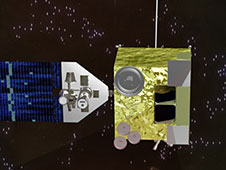 NOAA is bringing GOES-13 out of orbital storage mode, allowing engineers to continue analyzing data from the spacecraft and instruments to pinpoint the source of its shutdown. 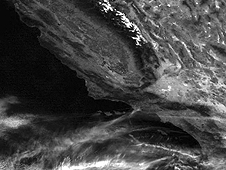 A video of smoke from California’s Springs Fire was created by animating satellite imagery from NOAA’s GOES-15 satellite. 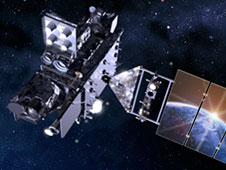 The first of six instruments that will fly on GOES-R, NOAA’s next-generation of geostationary operational environmental satellites, has been completed on schedule, seven months before its scheduled ... 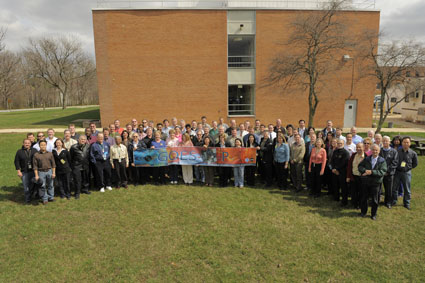 GOES-P was built by Boeing for NASA and the National Oceanic and Atmospheric Administration, or NOAA. Twelve days after a flawless launch, NASA and NOAA's Geostationary Operational Environmental Satellite-P (GOES-P) reached its proper orbit and was renamed GOES-15. GOES-15, is the latest in a series of meteorological satellites designed to watch for storm development and weather conditions on Earth. From its location in Earth orbit, GOES-15's state-of-the-art instrumentation will supply data used in weather monitoring, forecasting and warnings. It also will detect ocean and land temperatures, monitor space weather, relay communications and provide search-and-rescue support.