Grow Text SizeShrink Text Size
GOES-14 (O) Moving into On-Orbit Storage Around the Earth
The Geostationary Operational Environmental Satellite named GOES-14, is being placed in on-orbit storage this month to await its call to duty. 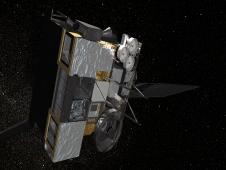 Artist's concept of GOES-O in orbit. Credit: NASA/Honeywell Tech Solutions, C. Meaney
> Larger image Since it was launched, scientists and engineers on the ground have been monitoring the instruments on GOES-14, formerly known as GOES-O, and it is operating well. "The GOES-14 (O) Post Launch Test phase continues with the specification testing of the Image Navigation and Registration (INR) System and performance is excellent," said Andre' Dress, GOES N-P Deputy Project Manager at NASA's Goddard Space Flight Center in Greenbelt, Md. "The fall eclipse season has come to an end and the power and thermal performance was exactly what we expected."

Twice a year, around the spring and fall equinoxes the GOES spacecraft experience a period by which the sunlight is blocked by the Earth’s shadow (eclipse). The maximum shadow duration is approximately 72 min out of the spacecraft’s 24 hour orbit period. The shadow (or eclipse season) lasts for approximately 45 days, twice a year.

The GOES-14 team worked the satellite through a successful North/South station keeping maneuver at the end of October. Maneuvers are necessary to maintain the spacecraft's orbit.

GOES-14 is currently being moved at the rate of 1 degree per day from 90 West longitude to its storage location at 105 West longitude over the central United States and is expected to be there on November 20, 2009. Once in the storage mode the spacecraft will be turned over to the National Oceanic and Atmospheric Administration (NOAA) around December 14, 2009, where they will continue to operate the spacecraft for the remainder of its mission. 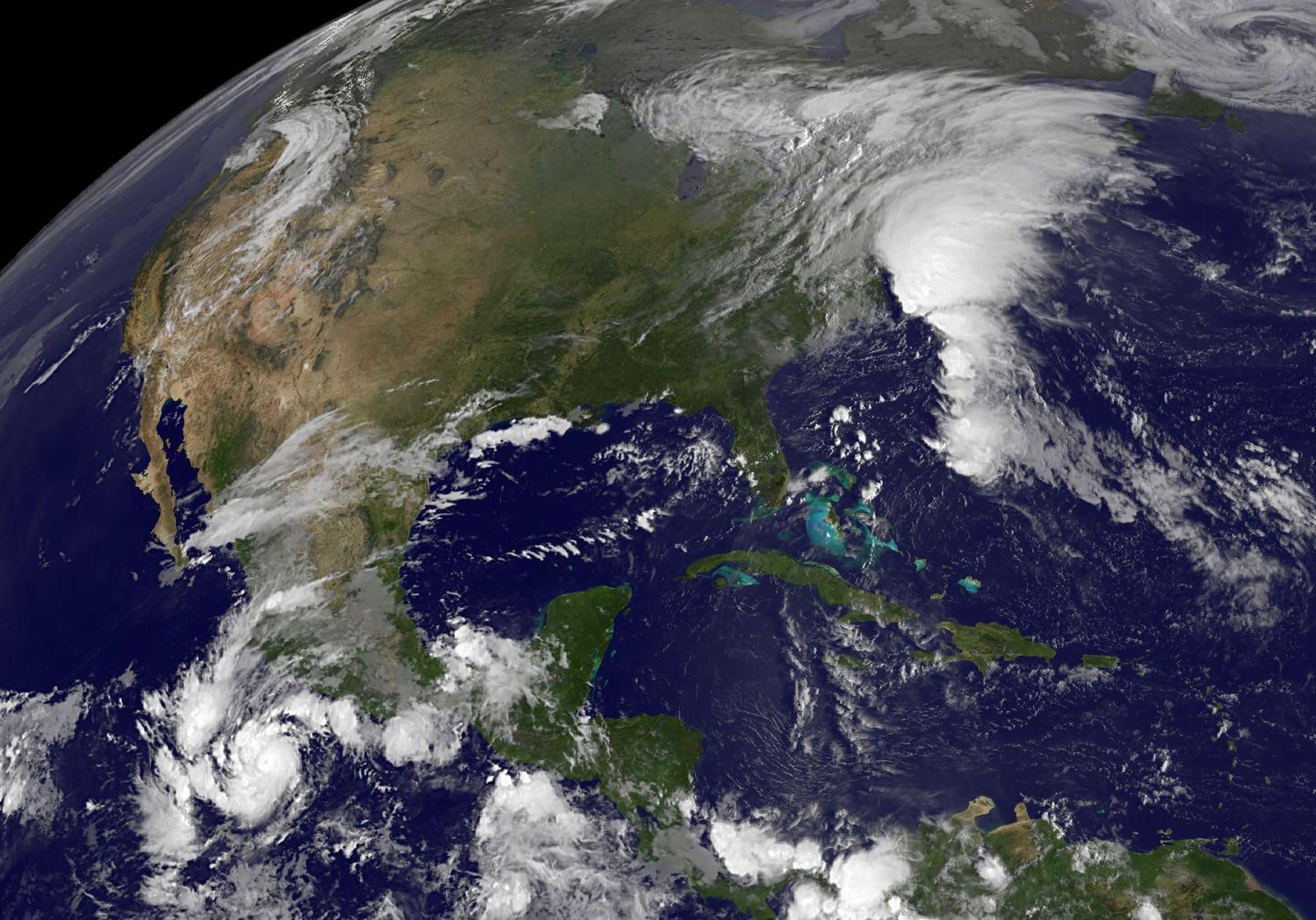 When GOES-14 replaces either GOES-11 or GOES-12, it will provide satellite weather imagery just as GOES-12 captured a dying Tropical Storm Danny on the U.S. east coast (top right) and an explosive Tropical Storm Jimena on the Mexican west coast (bottom left) on August 29. Credit: NASA/GOES Project
> Larger image
GOES-14 will remain in on-orbit storage until it is needed to replace GOES-EAST or GOES-WEST.

If GOES-14 were stored on the Earth, it would have to be to be called out of deep storage to replace an on-orbit failure. There would be 9 to 12 months of preparation between call-up and launch, followed by 3 months of post-launch deployment and testing before it could become operational. On-orbit storage reduces this delay from one year to less than one week, and avoids the chance of a launch failure when you can least afford it.

NOAA's GOES-O satellite is the second in the GOES-N Series that will improve weather forecasting and monitor environmental events around the world. On June 27, 2009, GOES-O, soared into space during a spectacular launch from the Cape Canaveral Air Force Station in Florida. GOES-O was renamed GOES-14 when it reached orbit.

NASA contracted with Boeing to build and launch the GOES-14 spacecraft. NASA's Launch Services Program at NASA's Kennedy Space Center in Florida supported the launch in an advisory role. NOAA manages the GOES program, establishes requirements, provides all funding and distributes environmental satellite data for the United States. Goddard procures and manages the design, development and launch of the satellites for NOAA.

For updates, visit the GOES Blog at University of Wisconsin:
Visit the site