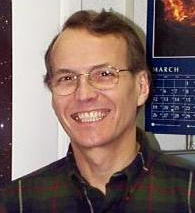 Upon completion of his NASA assignment, he will resume his duties as a research astrophysicist for the Harvard-Smithsonian Center for Astrophysics (CfA) in Cambridge, MA. He formerly served as Deputy Associate Director and Division Administrator of the High Energy Astrophysics Division.

Earlier in his career, Harnden had spent two years as a Visiting Senior Scientist at NASA Headquarters, in Washington, D.C. There he worked in the Office of Space Science on the Structure and Evolution of the Universe "theme." Harnden has also served on various NASA working groups and committees and was Chair of the Program Organizing Committee for the ADASS (Astronomical Data Analysis Software and Systems) conference series for several years. Until recently, he had also served as the Boston-area Co-Director of Project ASTRO, a collaboration between the Boston Museum of Science and the Smithsonian Astrophysical Observatory, under the auspices of the Astronomical Society of the Pacific.

His work as an X-ray astronomer at the CfA has included designing and building instruments for sounding rockets and satellites, as well an analyzing and interpreting the data returned from X-ray telescopes in space. Previously at the CfA, he was manager of the Software Development Group in the Data System Division of the Chandra X-ray Observatory Science Center (CXC, and prior to that, he directed SAO's ROSAT Science Data Center (a joint German-U.S. X-ray Astronomy satellite). Before becoming involved with ROSAT in the mid-80s, he worked for many years in varying capacities on NASA's Einstein Observatory project (the first imaging X-ray astronomy mission).

Before joining the CfA in 1974, Harnden worked as a senior scientist at American Science and Engineering, Inc., also in Cambridge. There he was involved with NASA sounding rocket programs and was a member of the science team which conducted the Apollo 15 and 16 Lunar X-ray Fluorescence experiments. Harnden's areas of interest include: education and public outreach initiatives, X-ray and gamma-ray astronomy -- early-type stars, open star clusters, supernova remnants and pulsars, observational techniques, and analysis algorithms and systems.
› Back To Top