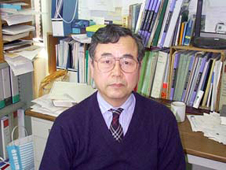 Takashi Ohsugi is a professor and particle physicist at Hiroshima University, Japan. He joined the Fermi group in 1997. His role was to develop a highly reliable flight silicon microstrip sensor. "At that time no one had experience to utilize 70-80 m2 silicon micro-strip sensors for a tracking detector which requires extremely high quality and reliable sensors," Ohsugi said. "Finally I developed successfully about 100 times more quality and reliable sensors which can be used in space telescope." His responsibility in the Fermi-Large Area Telescope (LAT) development team was to produce the sensors and monitor the quality of more than 10,000 of silicon micro-strip sensors.

From 1986 to 1993, he worked in the Superconducting Super Collider project as one of the leaders of the Japanese group. During that time, his main focus was the development of a reliable, radiation hard silicon micro-strip sensor. He became a respected researcher of silicon micro-strip sensor through this research. He organized and established the semiconductor tracker symposium called STD HIROSHIMA in 1993. In this symposium, the idea of the FermiT telescope was presented at the first time by William B. Atwood.

From 1994 to 1997, he was responsible for the design and production of silicon sensor for the vertex detector upgrade of CDF-II detector.