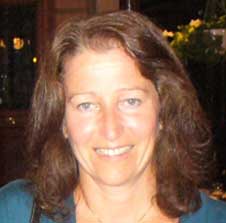 Isabelle Grenier is Professor of Astrophysics at the University of Paris Denis Diderot, Paris, France and Deputy Head of the “Astrophysique Interactions Multi-Echelles” laboratory at the CEA Saclay Center, France. She is a co-Investigator on the Large Area Telescope (LAT) for Fermi with co-responsibility for the production of the LAT source catalogues and interstellar emission models.

Grenier's interests cover many areas of astrophysics, including the physics of pulsars and of their relativistic winds, acceleration and propagation of cosmic rays in the Milky Way, identification of gamma-ray sources, the properties of the interstellar medium tracers at all wavelengths, and the dynamics of stars and gas within a thousand light years of the Sun (in the Gould Belt).

She is experienced with gamma-ray data from the COS-B satellite and the Energetic Gamma Ray Experiment Telescope (EGRET) observations, having developed in 1985 the (unbinned likelihood) method that is now the basic tool to study point sources with LAT.

Grenier also mapped a quarter of the molecular clouds in the Milky Way to understand their gamma-ray emission and estimate their mass. In 1995, she discovered unidentified EGRET sources in the nearby Gould Belt, sources that have been recently explained as clouds of dark gas by comparing the EGRET gamma-ray data and the Wilkinson Microwave Anisotropy Probe (WMAP) maps of dust emission. These clouds mark the transition from atomic to molecular hydrogen gas and have escaped all radiotelescopes so far. She will use LAT, WMAP, and future Planck data to try to see how ubiquitous and massive this dark phase of the interstellar gas is in our galaxy.

Isabelle Grenier received her Ph.D. in astrophysics in 1988 from the University of Paris 7. She has served on telescope time allocation committees and many advisory panels in and out of France and she has written over 100 articles in science journals and invited reviews. She has also participated to the Voyager encounters with Uranus and Neptune within the imaging team.

She gives many public talks every year to amateur astronomer conventions, artists meetings, and medical conferences and has co-authored the book "Lumières d’étoiles" with André Brahic (O. Jacob ed., 2008) to explain the modern multi-wavelength pictures of the Universe.