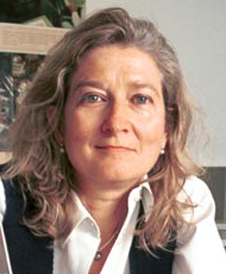 Patrizia A. Caraveo has been the Director of Research at the Istituto di Astrofisica Spaziale e Fisica Cosmica (The Italian National Institute for Astrophysics) in Milano, Italy since 2002. She joined IASFC in 1982.

She is a Co-Investigator in several high-energy space missions, such as Integral (SPI instrument), Fermi (LAT instrument), SWIFT and Agile. Currently, she is Co-chair of the Astronet Panel High-energy, astro-particle astrophysics and gravitational waves.

She was involved in the start of research that lead to the discovery and understanding of Geminga through multiwavelength astronomy. This required the use of practically all means of space and ground based astronomy including space missions, such as SAS-2, HEAO-1, COS-B, Einstein, Exosat, Ginga, Rosat, Egret, EUVE, ASCA, Hubble Space Telescope (HST), Hipparcos, XMM-Newton and Chandra and telescopes, such as the CFHT and ESO’s 3.6, NTT and VLT. The results on Geminga opened a new chapter in high-energy astrophysics: the study of unidentified x-ray sources. This subject is now being pursued by several groups world-wide.

The constant scientific theme of Caraveo research is the phenomenology of galactic compact objects. Special attention is given to isolated neutron stars, their velocity distribution, their distances and their relations to supernova remnants. The existing evidence for optical emission from isolated neutron stars is largely the work of her group. Using HST, she has secured absolute distance measurements of Geminga and the Vela pulsar.

In recent years, Caraveo has further broadened her interests, to include work on instrument design and mission planning. After the involvement on the Spectrometer Instrument of the Integral mission, she took active part in the development of high energy missions such as the Italian mission AGILE, and the NASA missions SWIFT and Fermi. Currently, she is involved in the Simbol X phase A study.

The includes a total of: 144 papers on refereed journals (including several invited papers) with 3943 citations; 100 conference proceedings; and 180 general readership papers.

Since 1997 she has been a "professore a contratto" at the University of Pavia where she teaches general astronomy and high-energy astrophysics. She has been thesis adviser both for students working for their degree of Laurea and Dottorato (Italian Ph.D.). Caraveo is fluent in Italian, French and English.

Caraveo earned the Italian degrees of Laurea in Physics with Full Academic Honor at the University of Milano in 1977.
› Back To Top