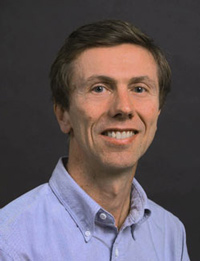 Gehrels is the Deputy Project Scientist for Fermi with responsibility for overseeing the Fermi Science Support Center. He is also a co-Investigator on the Large Area Telescope (LAT) and Fermi Burst Monitor instruments on Fermi.

He is a research scientist in gamma-ray astronomy active in instrument development and data analysis. His interests include gamma-ray bursts and supernovae. He is Principal Investigator for the Swift gamma-ray burst Medium Explorer (MIDEX) mission. Other responsibilities include Project Scientist for the Compton Observatory (1991-2000), and Mission Scientist for INTEGRAL.

He has organized six major conferences and been an editor on the proceedings books, has over 150 articles in science journals and popular science magazines, and given many invited talks. He has been on 13 working groups and committees in various positions. Committees, societies, etc. include past Chair of the American Astronomical Society (AAS) High Energy Astrophysics Division and Chair-elect of the APS Division of Astrophysics.

Dr. Gehrels received his Ph.D. in 1982 from the California Institute of Technology (Caltech), in Pasadena, Calif. He graduated from the University of Arizona in 1976 with Bachelor's degrees in Physics, and Music.

Numerous awards have been bestowed upon Dr. Gehrels including the AAS Bruno Rossi Prize in 2007, Popular Science Magazine's "Best of What's New award" for Swift satellite research in 2006, and two awards in 2005: the NASA Exceptional Scientific Achievement Medal and the Goddard Space Flight Center Lindsay Award. In 2000, the American Astronautical Society awarded him the Randolph Lovelace Award. He was named a Fellow of the American Physical Society in 1993, won a NASA Outstanding Leadership Medal that same year, and in 1992, received the Discover Magazine Award for Technological Innovation.

His wife, Ellen Williams, is a professor of physics in the surface physics group at the University of Maryland. He has two children, Tommy and Emily, born in 1987 and 1990. His other interests include mountaineering and music.