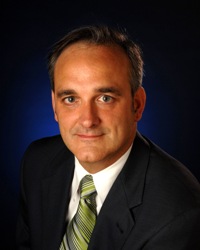 Geveden succeeds Theron Bradley, Jr., who announced his retirement Oct. 4 after a distinguished career as a senior manager and nuclear engineer with the U.S Navy's nuclear propulsion community. Bradley had been chief engineer at NASA since June 2002.

A native of Mayfield, Ky., Geveden was deputy director of NASA's Marshall Space Flight Center, Huntsville, Ala. since July 2003. As chief engineer he is responsible directly to Administrator O'Keefe for the overall review and technical readiness of all NASA programs. The Office of the Chief Engineer assures that the development efforts and missions operations are being planned and conducted on a sound engineering basis with proper controls and management of technical risks.

"Rex is a proven leader in NASA's engineering and safety assessment community. I am sure he will continue to build on the tremendous progress made by his predecessor Theron Bradley in bringing a comprehensive, agency wide approach to engineering standards, practices and independent technical reviews," said Administrator O'Keefe. "Rex's experience and thorough knowledge of NASA programs will be a driving force helping the agency safely return to flight as we implement the Vision for Space Exploration. I know we can depend on him to help ensure development efforts and mission operations are planned and conducted on a sound engineering basis."

At Marshall, Geveden shared responsibility for one of NASA's largest field installations, which has more than 6,500 civil service and contract employees and a $2.3 billion annual budget. He previously served as deputy director of Marshall's Science Directorate, leading research and development projects in space science, materials science, biotechnology, Earth science and space optics.

Geveden also was project manager for several other successful efforts, including the Optical Transient Detector and Lightning Imaging Sensor Earth-orbiting satellites, which produced data for the world's first global map of lightning.

He served as chief engineer for the Waves in Space Plasmas project, a study that involved the measurement of the characteristic frequencies of plasma, the form of matter that comprises more than 99 percent of the visible universe.

As manager of the Microgravity Science and Applications Department at Marshall, Geveden led a team of 350 scientists to develop safer and more cost-effective materials for future missions and investigations into the reaction of chemicals in a microgravity environment. His organization delivered many of the early payloads to the International Space Station.

Geveden joined NASA in 1990. He has received numerous awards, including the NASA Outstanding Leadership Medal, awarded annually for notably outstanding leadership having a pronounced effect on NASA technical or administrative programs and the Silver Snoopy Award presented for outstanding performance contributing to flight safety and mission success. This year Geveden received the Holgor Tofty Award for outstanding technical leadership from the American Institute of Aeronautics and Astronautics.

In September, the Kentucky Advocates for Higher Education named him an Outstanding Alumnus of Kentucky. The "OAK" award is given biannually to graduates of Kentucky colleges who have achieved national stature and who have made significant contributions to their alma maters. Geveden is also a graduate of the Program Management School at the Defense Systems Management College in Fort Belvoir, Va. He is married and has two children attending college.

For information about NASA and engineering programs on the Internet, visit: