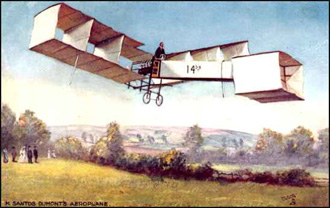 September 13, 1906: Alberto Santos-Dumont successfully completed the first official airplane flight in Paris in his 14-bis. His aircraft was a box-kite structure that flew 725 feet. 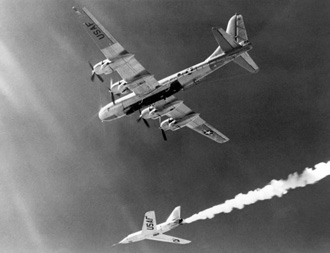 September 3, 1976: NASA’s Viking 2 lander successfully landed on the surface of Mars after nearly a month of locating and certifying the ideal landing site. From its high-inclination orbit, the Viking 2 orbiter was able to closely observe complex Martian polar regions. The Viking 2 mission was launched via a Titan-Centaur rocket in September 1975, and the orbiter was used until July 1978 to capture about 16,000 images of Mars and its satellites.

September 24, 1981: NASA launched the Satellite Business Systems 2 (SBS 2) spacecraft via a Delta rocket. The satellite will enhance communications by providing fully switched private networks for use by businesses, the government and other organizations. 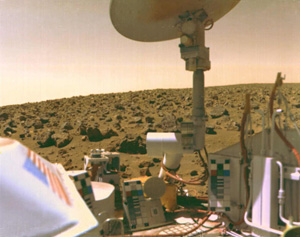 September 1, 2006: NASA selected Lockheed Martin as the prime contractor to design, develop, and build Orion, America’s spacecraft for a new generation of explorers.

September 14, 2006: The Expedition 14 crew heads to the International Space Station aboard Russia's Soyuz spacecraft. Commander Michael Lopez-Alegria and Flight Engineer Mikhail Tyurin of Russia will remain on the station for about six months. In December, NASA astronaut Sunita Williams is expected to join the crew after traveling aboard Space Shuttle Discovery on the STS-116 mission.

September 2016: The 18th mission of the Commercial Orbital Transportation System may launch to carry supplies and astronauts to the International Space Station (ISS). An American astronaut will replace the Russian ISS Commander, and a European astronaut will conduct extensive food-science research using experiment racks in the European Columbus module. The third crew member may be a space tourist from Japan, continuing several years of tourist visits to the ISS. After a shift change, the Japanese space tourist, the former ISS Commander and a Brazilian astronaut will return to Earth. 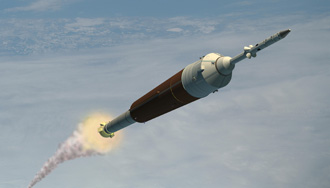