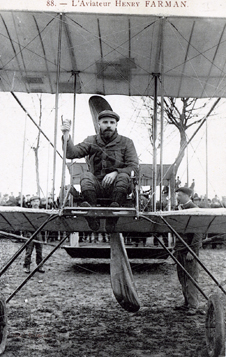 January 13, 1908: French aviator Henri Farman became the first person to fly 1 kilometer in a circle, which earned him the 50,000-franc Deutsch-Archdeacon prize. At that time, airplanes were flying about 30 to 40 miles per hour.

January 22, 1968: NASA launched Apollo 5 → via a Saturn-1B rocket and successfully performed the first Earth orbital test of Lunar Module ascent and descent propulsion systems. This unmanned flight also evaluated the performance of the guidance system for the second stage of the Saturn-1B rocket. 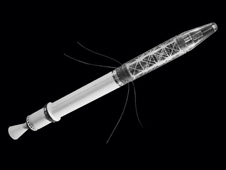 January 25, 1983: NASA launched the Infrared Astronomical Satellite (IRAS), a collaborative effort with the Netherlands Space Agency and the Science and Engineering Research Council in the United Kingdom. This unique telescope system was used to survey the sky for infrared radiation and generate a collection of sky maps. Among its many discoveries, IRAS revealed the core of our galaxy, the Milky Way. 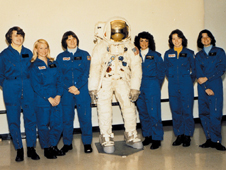 January 13, 1993: NASA launched Space Shuttle Endeavour to begin the six-day STS-54 mission. The primary goal of this mission was to deploy the fifth Tracking and Data Relay Satellite, which is used for space communication. Endeavour also carried several microgravity science experiments and a Hitchhiker → experiment called the Diffuse X-ray Spectrometer. 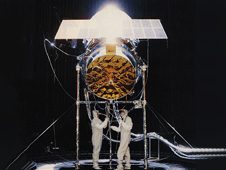 January 16, 2003: NASA launched Space Shuttle Columbia to begin STS-107. During this 16-day research mission, the crew performed several experiments and sent much of the data to the ground by downlink. During re-entry on February 1, the shuttle and crew were lost over Texas just 16 minutes before their scheduled landing at Kennedy Space Center.

Mid-January 2008: The European Space Agency plans to launch Jules Verne, the first Automated Transfer Vehicle (ATV) from Kourou, French Guiana. After a 12- to 15-day journey, it is scheduled to automatically dock with the International Space Station to deliver refueling propellant, air, water and experiments.

See Past Issues:
+ This Month in Exploration Main