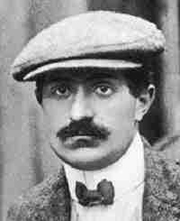 February 28, 1907: Aviation pioneer Charles Voisin started testing the performance of his powered airplane in France. Voisin did not complete his first powered flight until March 16, 1907. Prior to this flight, Voisin and his brother, Gabriel, had extensive experience building and flying gliders.

February 14, 1932: Ruth Nichols successfully flew her Lockheed Vega aircraft at almost 20,000 feet, setting a new altitude record for airplanes powered by diesel. Nichols set several records throughout her career, flew every type of available aircraft, and was a founding member of the organization for female pilots called "The Ninety Nines."

February 24, 1957: Scandinavian Airlines System started the first airline route from Europe to the Far East, flying directly over the North Pole. The airline is based in Sweden and also serves Denmark and Norway for air travel.

February 20, 1962: John Glenn became the first American to orbit Earth when NASA launched him into space aboard Friendship 7 on the Mercury-Atlas 6 mission. The purpose of the mission was to analyze the effects of space on the human body as Glenn completed three full orbits around the planet.

Image right: Double image of John Glenn at the beginning of his career and after his mission in 1998. Credit: NASA

February 5, 1987: The USSR launched the Soyuz TM-2 spacecraft, which connected to Russia’s Mir Space Station. This mission marked the second expedition to Mir and lasted 174 days.

February 23, 1992: NASA launched Navstar 2A-03 to establish the Global Positioning System (GPS), which is used by the military, industry and the general public for reliable navigation around the globe. The GPS uses 24 spacecraft: six satellites in each of the four orbit planes.

February 5, 2002: NASA launched the High Energy Solar Spectroscopic Imager (HESSI) solar flare observatory, which was later renamed the Reuven Ramaty HESSI. This spacecraft is used to study the behavior of solar flares, including their energy release and particle acceleration.

February 16, 2007: NASA launched the Time History of Events and Macroscale Interactions During Substorms (THEMIS) spacecraft on a Delta II rocket. THEMIS is composed of five satellites -- the largest number of satellites to be launched by one rocket in NASA's history. On its two-year mission, it will study the color changes of the aurora borealis and aurora australis at the North and South Poles.