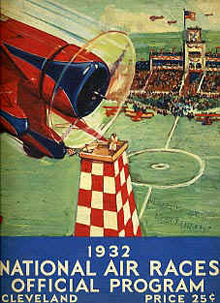 August 24 - 25, 1932: Amelia Earhart became the first woman to make a solo nonstop flight across the United States. During this flight, she set the women's transcontinental speed record by traveling 2,447.8 miles in 19 hours.

August 8, 1957: The nose cone from the Jupiter C RS-40 rocket became the first man-made object recovered from space by the U.S. after it reached an altitude of 270 miles and was retrieved 1,149 nautical miles down-range. Inside the nose cone was a letter written by scientist Dr. Kurt Debus, making it the first piece of missile mail to be delivered over intermediate range ballistic missile (IRBM) distance. Just 26 years prior to this event, on September 9, 1931, the first rocket-mail service was started between two cities in Austria. 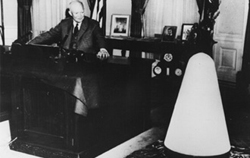 August 20, 1977: NASA launched Voyager 2 to explore the outer planets of our solar system. Voyager 2 and its twin, Voyager 1, discovered active volcanoes on Jupiter's moon Io and revealed details of Saturn's rings. Voyager 2 is the only spacecraft that has visited Uranus and Neptune.

August 19, 1982: Soviet cosmonaut Svetlana Savitskaya became the second female in space while flying aboard the Soyuz T-7. In 1984, she became the first woman to complete a spacewalk.

August 10, 1992: The Topex/Poseidon satellite was launched from Guiana Space Center in Kourou, French Guiana, aboard an Ariane 42P expendable launch vehicle. As a joint venture between the Centre National d'Études Spatiales (CNES) and NASA, this satellite was used to study the surface of the oceans, measure sea levels and analyze global climate change as part of the 1992 International Space Year. 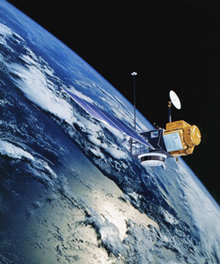 August 7, 1997: NASA launched Space Shuttle Discovery to begin the 86th shuttle mission (STS-85). Discovery carried equipment in preparation for assembly of the International Space Station and a variety of experiments, including CRISTA-SPAS-02, a satellite experiment that studied Earth's middle atmosphere. CRISTA-SPAS-02 represented the fourth mission in a cooperative venture between the German Space Agency and NASA.

August 4, 2007: NASA's Phoenix Mars Mission blasted off Saturday, aiming for a May 25, 2008, arrival at the Red Planet. As part of NASA's Scout Program, Phoenix will help scientists study the history of water on the Martian surface and search for evidence of zones in its ice-filled soil that could support microbial life.

August 8, 2007: Space Shuttle Endeavour will take off on its first flight since 2002. The shuttle's crew of seven men and women includes Mission Specialist Barbara Morgan. This teacher-turned-astronaut was selected for the Teachers in Space program in 1985 as Christa McAuliffe's backup. Thirteen years later, NASA selected her as an astronaut. This will be her first space mission.