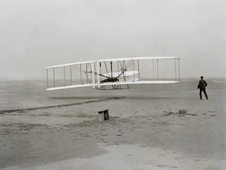 The Wright Flyer at Kitty Hawk. Credit: NASA 100 Years Ago

August 2, 1909: The Army purchased its first airplane, the Wright Flyer, from the Wright brothers for $30,000. The price included a $5,000 bonus because the airplane exceeded the Army's speed requirement of 40 miles per hour.

August 14, 1919: The first airmail was delivered at sea by the Aeromarine flying boat when it dropped a bag of mail on the deck of White Star Line's Adriatic.

August 8-29, 1929: The German dirigible, Graf Zeppelin, made its historic around-the-world flight. The flight covered 21,500 miles in five legs, carrying 60 men and one woman. The airship was 100 feet in diameter and 110 feet high.

August 18, 1934: Jeannette and Jean Piccard flew the "Century of Progress" balloon from Dearborn, Mich., to an altitude of 57,579 feet, setting a women's altitude record that would hold for three decades. Jeannette Piccard was the first licensed female balloon pilot and the first woman to fly into the stratosphere. The flight proved that humans could tolerate the low pressure and frigid temperature of the stratosphere and laid the groundwork for later spaceflights. 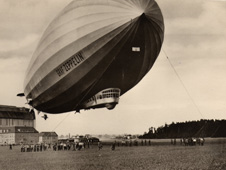 August 9, 1949: U.S. Navy Lt. J. L. Fruin became the first American to use a pilot ejection seat when his F2H-1 Banshee went out of control while performing aerobatics at speeds exceeding 500 knots near Waterboro, S.C.

August 7, 1959: The Explorer 6 satellite returned the first crude TV images of Earth from space after its launch at 10:23 a.m., EDT, from the Easter Space and Missile Center.

August 28, 1964: The Nimbus 1 satellite was launched at 4:57 a.m., EDT, from the Western Space and Missile Center. It provided the first nighttime cloud-cover images returned by satellite.

August 10, 1979: The Westar 3 spacecraft was launched at 8:20 p.m., EDT, from the Western Space and Missile Center. The satellite was engaged in the practical applications of space technology, including weather and communication. 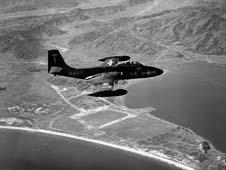 August 25, 2009: Space Shuttle Discovery is scheduled to launch on its next mission, STS-128. It will carry experiments and storage racks to the International Space Station.