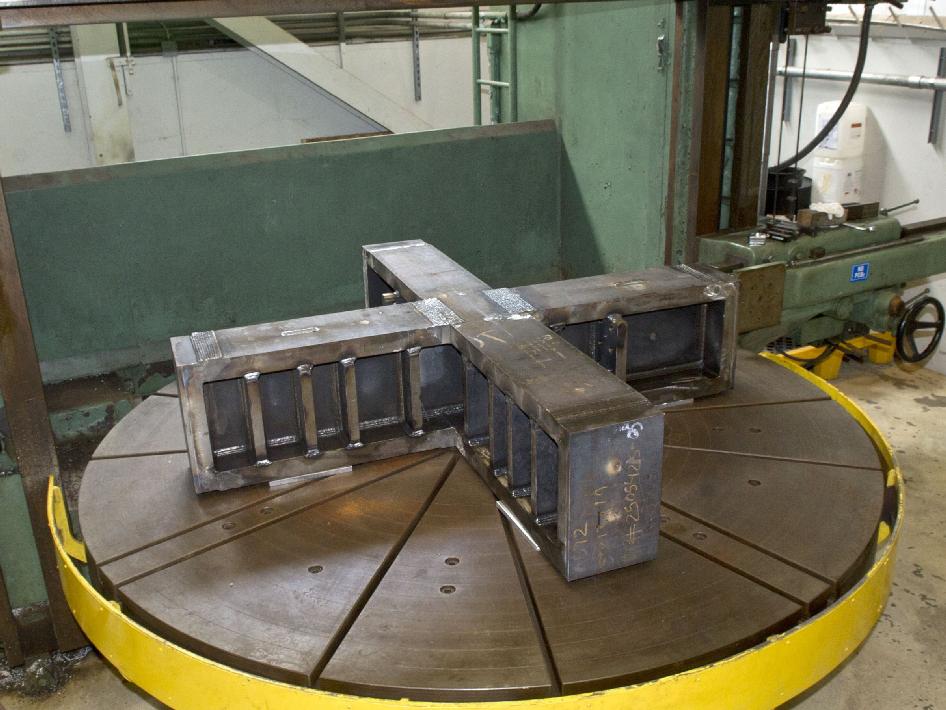 Fabrication is under way on a 7,755-pound thrust frame adapter to be installed on the A-1 Test Stand at NASA's Stennis Space Center in south Mississippi. The new adapter is needed to enable testing of RS-25 rocket engines (former space shuttle main engines), which will be used to provide core-stage power for NASA's new Space Launch System. NASA has worked with contractor teams at Stennis to design and fabricate the adapter, which is scheduled to be completed and installed on the test stand by November 2013. The SLS Program is managed at NASA's Marshall Space Flight Center in Huntsville, Ala.