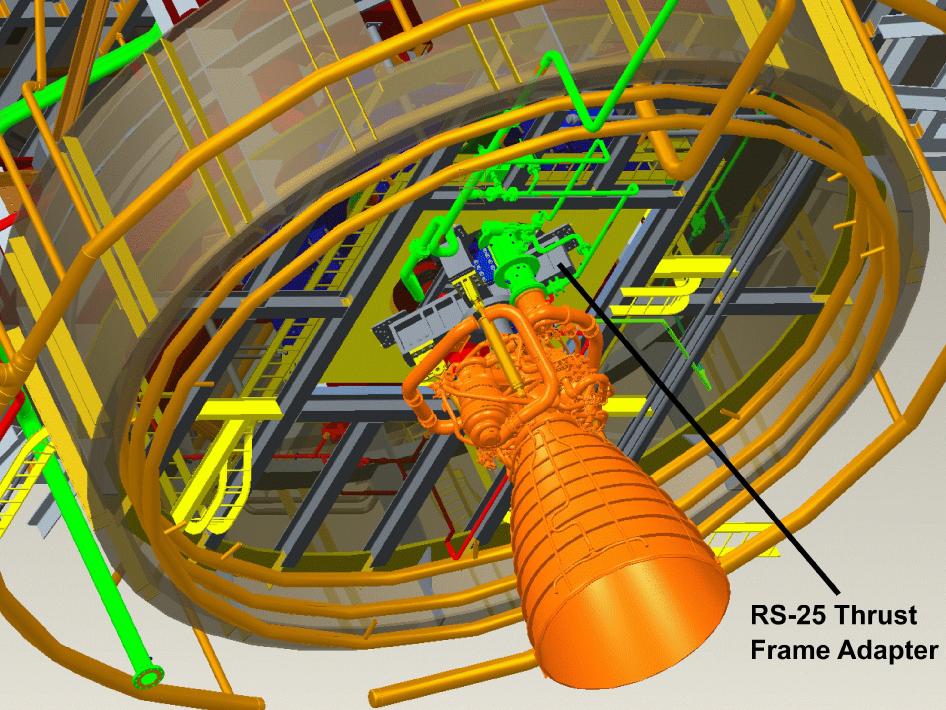 This design image shows a RS-25 rocket engine installed on the A-1 Test Stand at NASA's Stennis Space Center. A line indicates the grey, cross-like thrust frame adapter, which is being fabricated for the stand. The adapter is attached to the thrust measurement system on the stand, and the RS-25 engine is attached to the adapter. The adapter holds the engine in place and absorbs the thrust produced during a test, while allowing accurate measurement of the engine performance.