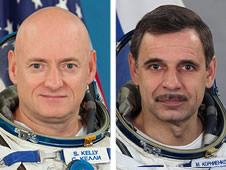 Scientists, engineers, educators, physicians and space explorers from around the world are convening this month at Rice University in Houston at the annual International Space Medicine Summit. This summit provides an opportunity for space professionals in the international community to identify space medicine research goals and national policies that foster collaboration, communication and cooperation between spacefaring nations. This year’s summit occurs at an ideal time, as the International Space Station partnership moves forward with its plan to put an American astronaut and Russian cosmonaut in space for an entire year.

Between 1987 and 1995, four Russian cosmonauts spent a year or more consecutively in space. Now, for the first time, an American astronaut, Scott Kelly, will be joining that exclusive club, as he and Russian cosmonaut Mikhail Kornienko inhabit the space station for an entire year beginning in 2015. These two explorers will live on the space station for twice as long as a typical space station crew member. Researchers expect the one-year mission to yield beneficial knowledge on the medical, psychological and biomedical challenges explorers may face as they venture to an asteroid, Mars and beyond. This mission will also provide an additional opportunity for cooperation between research teams around the world.

To gain knowledge about how humans live and work in space from a one-year mission, NASA and the Russian Federal Space Agency (Roscosmos) are evaluating a long list of potential investigations. Their goal is to determine which studies provide the most value in the joint effort to reduce the human risks of space exploration. Other international space agencies have the opportunity to weigh in as well, including participation in implementation and joint working groups where mutual strategy sharing contributes toward a more robust expedition. Collectively, these bilateral and multilateral efforts are expected to create a collaborative template for future exploration and lead to strengthened international partnerships.

“The International Space Station is the most advanced and well-equipped research laboratory ever put into orbit,” says Dr. John Charles, chief of the International Science Office of NASA’s Human Research Program at the agency's Johnson Space Center in Houston. “But its full utilization requires the combined efforts of [its entire] member partners. No single partner nation has all of the resources needed, but through their combined efforts, they can assure that enough crew members can participate in the most appropriate investigations with the minimum amount of effort and without duplicating instrumentation.”

Charles explains, “Only in this way can the International Space Station be successful in reducing the risks to human space exploration beyond low-Earth orbit by the end of its useful lifetime.”

The evaluation of candidate investigations for the one-year mission began in 2012, when NASA’s Human Research Program (HRP) and its Russian counterpart in Moscow, the Institute of Biomedical Problems (IBMP), began exchanging lists of potential research opportunities. Charles reported that, starting with a pool of 33 U.S. and Russian studies, approximately half had been flown before and approximately one-third had been previously performed by Kelly, thus permitting a direct comparison of the effects of six months in space versus one year.

Final selections from Russia will include up to 24 investigations and NASA HRP will select up to 18 investigations. For comparison, a typical U.S. Operating Segment crew member has 9 to 10 HRP studies that are planned for a six-month mission on the space station. Other possible partner investigations are being assessed.

The specific investigations are still under evaluation for flight-readiness and mutual compatibility, but each investigation selected will be in one or more of these categories:

The investigations performed on this one-year space station mission will provide results that further our knowledge of human health and performance in space and on Earth. The opportunity to share those findings with research teams from around the world and at conferences, such as the annual International Space Medicine Summit, will demonstrate the achievement of the one-year mission and strengthen international partnerships through continued innovative collaboration.

Fluid shifts in the brain are just one of several spaceflight-induced changes researchers are interested in better understanding via the one-year increment planned for 2015 aboard the International Space Station. (NASA) 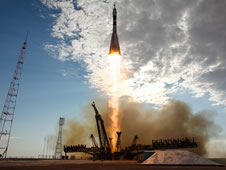 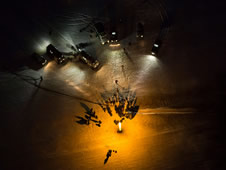