Media unable to attend can listen in to the briefing at: http://www.nasa.gov/newsaudio . Media can also listen and call in with questions on a special phone line. Contact a media representative listed below for details. 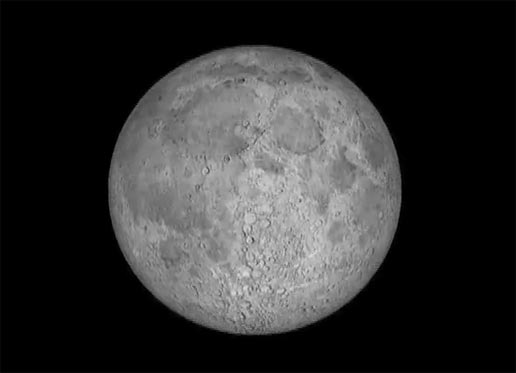 ›  Play animation (Quicktime - 827Kb)
Libration Movie
The moon's orbit is not perfectly circular its rotation axis is tilted with respect to Earth allowing scientists to image slightly different parts of the Moon during a its 28 day long lunar day. This movie shows the portion of the Moon visible to the Earth over several months around the time when radar data of the south polar region of the Moon was collected. 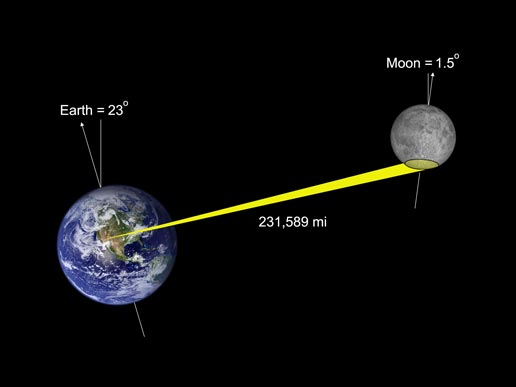 ›  High-resolution TIFF (7.6mb)
Earth Moon Contact
Radar signals from the Goldstone Solar system Radar are reflected back to Earth and received at two antennas separated by 13 kilometers. By receiving at the two antennas, three dimensional topographic maps of the lunar surface can be generated. 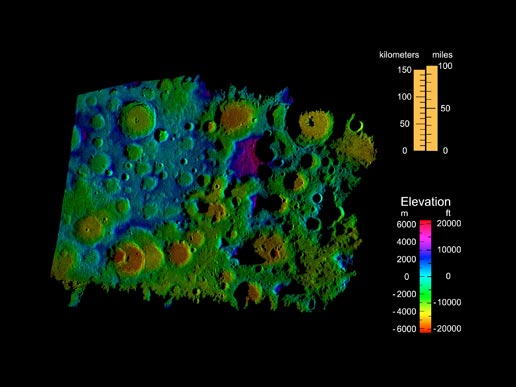 ›  High-resolution TIFF (13Mb)
Digital Elevation Map of Lunar South Pole
Image brightness is generated from the strength of the radar echoes that are bounced of the lunar surface and the color represents the elevation. This map covers an area of 650 kilometers by 450 kilometers with an elevation measurement every 40 meters. /214537main_Zoom_start-516.gif
South Pole Zoom In
Starting from a wide area map of the lunar south pole we progressively zoom into the region around Shakleton Crater. 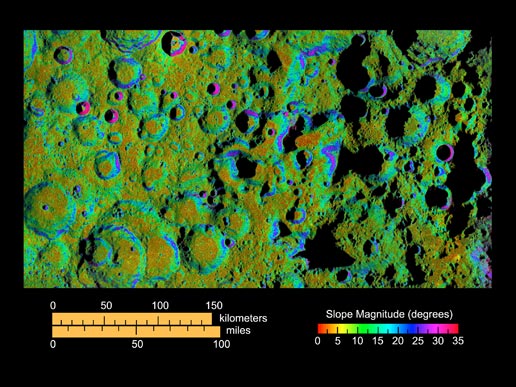 ›  High-resolution TIFF (13Mb)
Slope Map
This map shows the steepness of the terrain in the south polar region of the moon. Using a map like this helps determine the assessable areas to human or robotic explorers. 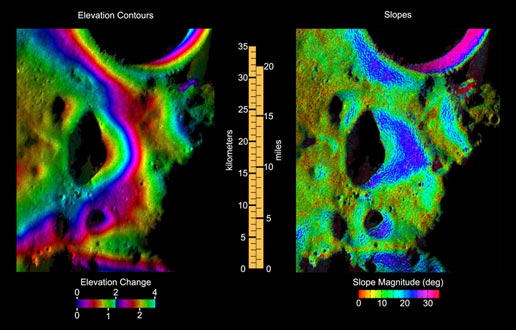 ›  Higher resolution (358Kb)
High Resolution Slope Map
The left image shows the topographic contours in color with each cycle of color representing 2 kilometers of elevation change. The right image is the corresponding slope map of the area. The slope map indicates slopes in excess of 20 degrees in the region around Shakleton Crater. 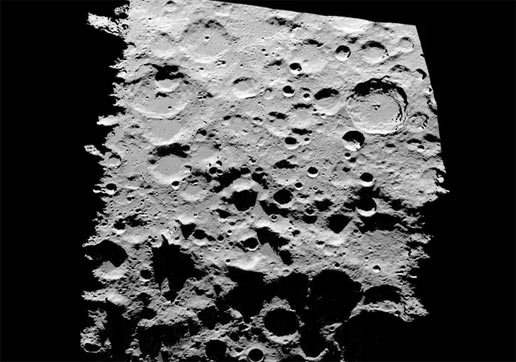 ›  Play animation (Quicktime - 1.6Mb)
Lunar Illumination Movie
This movie is a simulation of the amount of solar illumination in the south polar region of moon over a solar day generated using high resolution topography. 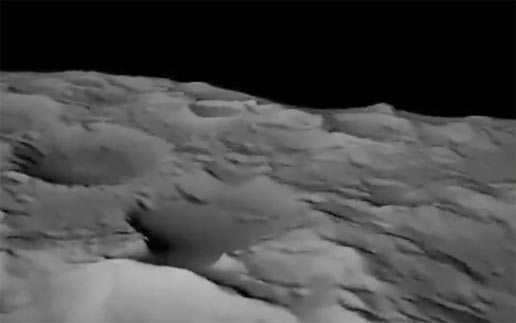 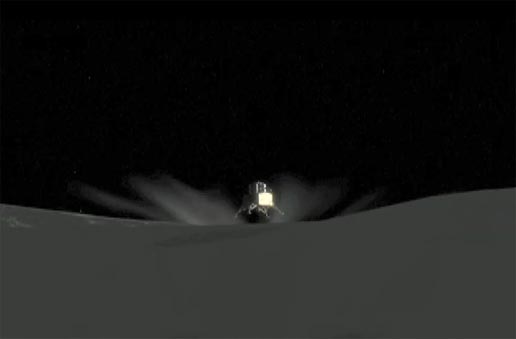 ›  Play animation (Quicktime - 2.7Mb)
Lunar Landing Animation
This animation utilizes the latest terrain data of the moon's south pole region in the generation of a animation of what a future moon crew could see during a descent to the rim of Shackleton Crater. 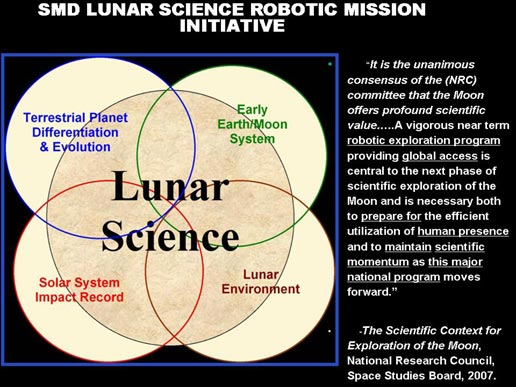 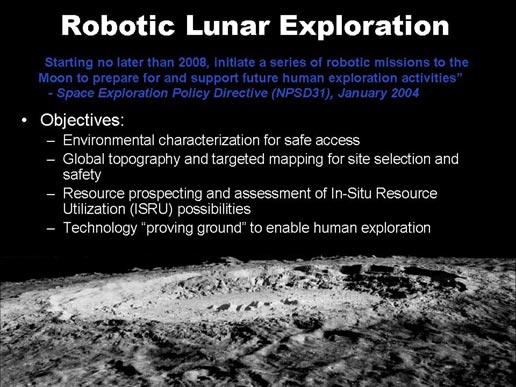 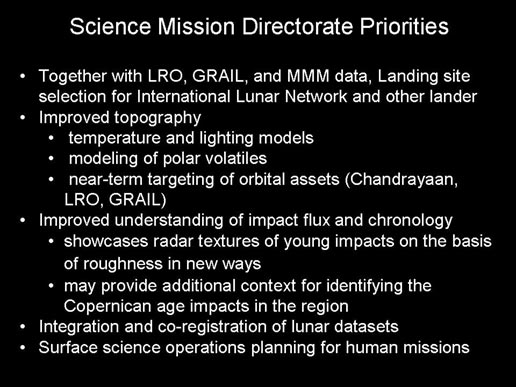 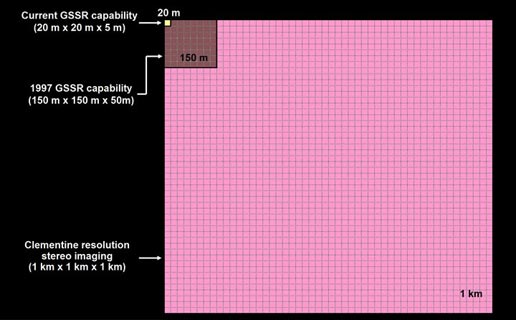 Spatial Resolution Comparison
Graphic illustrates the increase in resolution that the Lunar Recon Orbiter (LRO) will be able to achieve in selected regions compared with the Goldstone Solar System Radar. 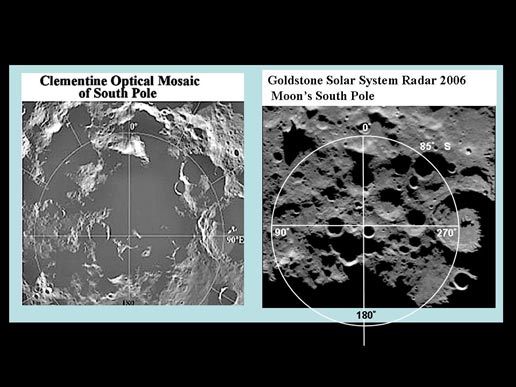 Clementine vs Radar
This graphic shows the resolution of the moon south pole by the Clementine spacecraft's optical system and then by the Goldstone Solar System Radar. 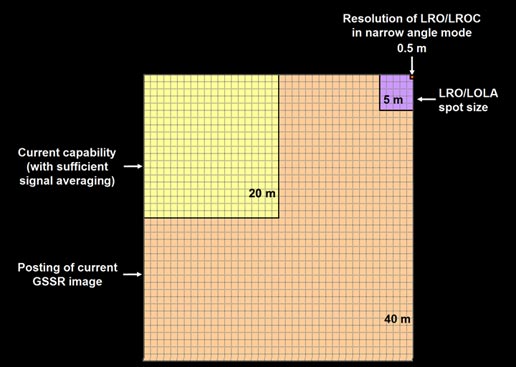