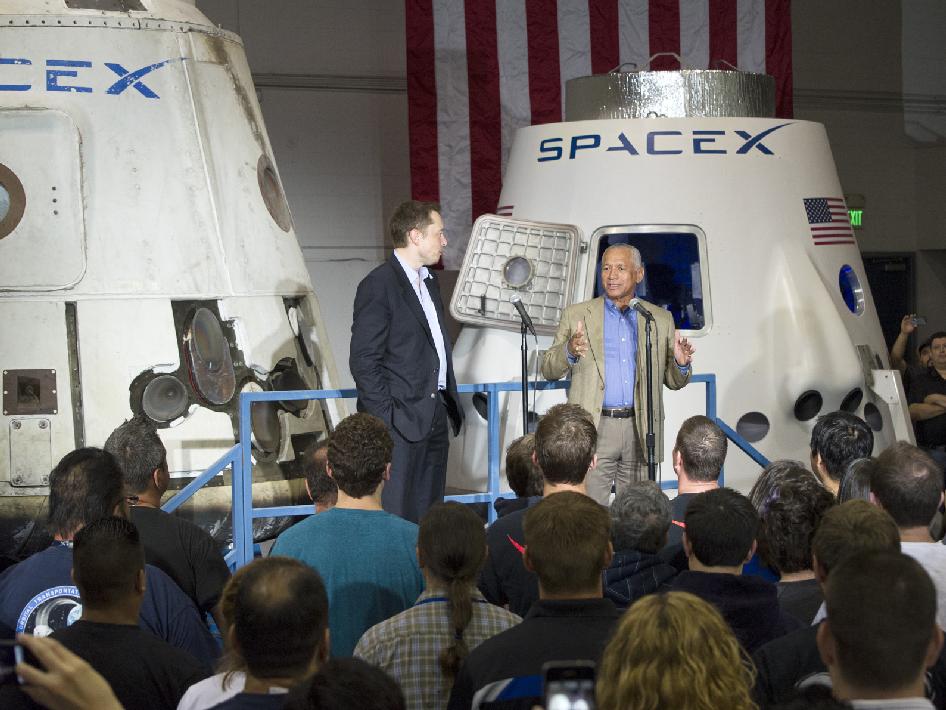 NASA Administrator Charles Bolden and SpaceX CEO Elon Musk congratulated workers Thursday at the company's Hawthorne, Calif., headquarters on the successful flight of the Dragon spacecraft in May -- the first mission by a commercial company to resupply the International Space Station. The capsule behind them is the Dragon spacecraft that flew on a demonstration mission in December 2010, during which SpaceX became the first private company to recover a spacecraft after it orbited Earth.