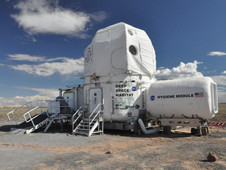 NASA's Desert Research and Technology Studies (Desert RATS) crew has reached the mid-way point in the 14th annual Desert RATS mission, conducted at Black Point Lava Flow in the Arizona desert. On Aug. 30, the crew — consisting of engineers, astronauts, scientists, and technicians from across NASA and throughout industry and academia — began integrated mission simulations to evaluate different conditions that will enable human and robotic exploration of an asteroid. So far, much of the testing has focused on crew operations inside of the Deep Space Habitat (DSH). For three nights each, Crew A and Crew B slept overnight in the DSH to test independent crew operations and the habitability of the xHab Loft and Hygiene Module. Testing these elements is crucial for understanding what logistics and living quarters humans will need during deep-space exploration missions.

The Desert RATS crew has also successfully tested communication links through the European Science and Technology Centre (ESTEC). With primary science backroom support from mission control in Houston, the ESTEC provided secondary science backroom operations support from the Netherlands. The crew is testing various communication methods, including those with imposed 50-second, one-way time delays, making it impossible to carry on a normal conversation. The science team, the DSH crew, and the crew performing simulated spacewalks communicated with each other via text messaging and more complex methods using digital imaging and geochemistry data. Testing multiple communication techniques with imposed barriers is crucial for determining which combinations will successfully support mission operations.

On Saturday, Sept. 3, the DRATS crew welcomed their newest crew member, Robonaut2 (R2). R2 reunited with its mobility base, Centaur 2, and will begin its participation in the mission this week working side-by-side with the crew and also performing remote operations. 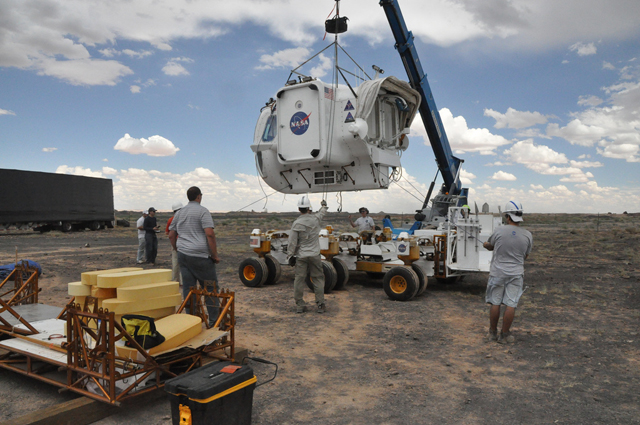 › View larger image
One of the Space Exploration Vehicle cabins is installed on a Chariot chassis during the set up for the 2011 Desert RATS analog mission. Photo courtesy of NASA. 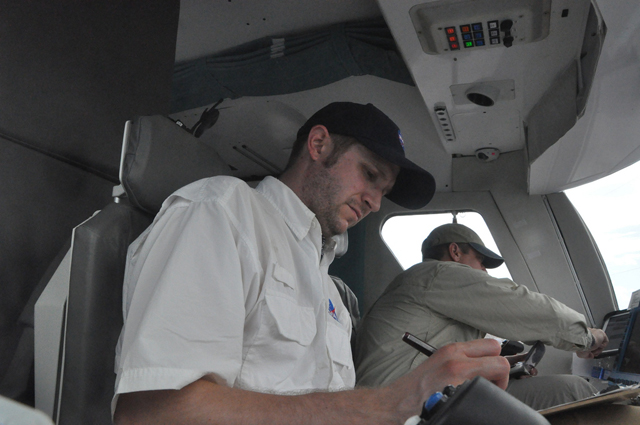 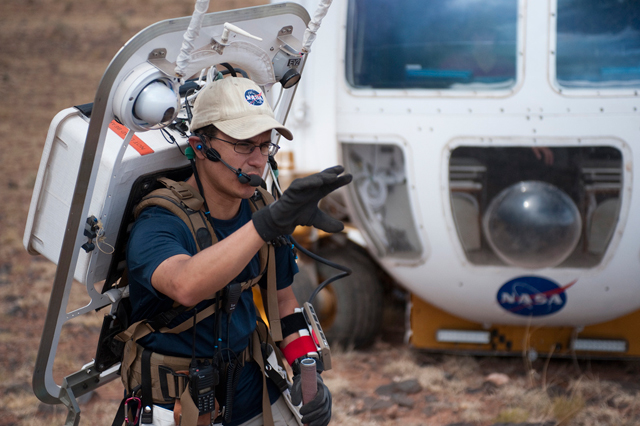 › View larger image
Geologist Jose Hurtado takes a spacewalk in front of one of the Space Exploration Vehicles on day six of Desert RATS 2011. Photo courtesy of NASA/Regan Geeseman. 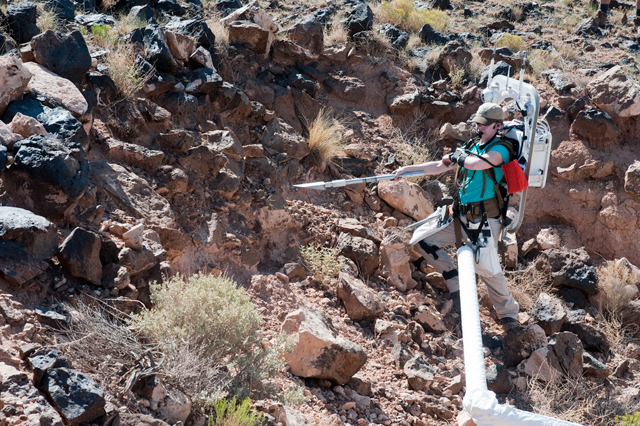 › View larger image
Geologist Carolyn Tewksbury-Christle gathers a sample during a spacewalk while attached to the Astronaut Positioning System (APS) or the arm. Photo courtesy of NASA/Regan Geeseman. 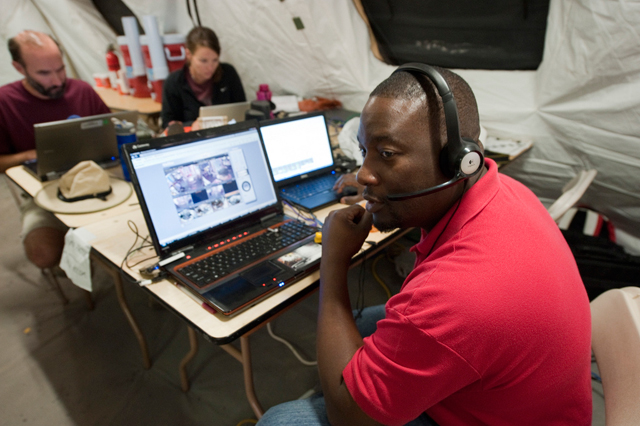 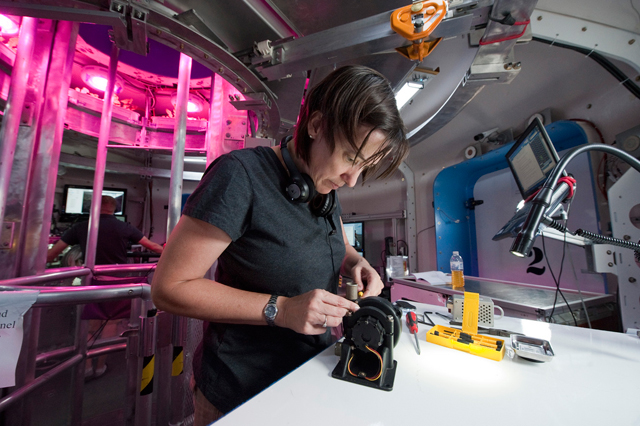 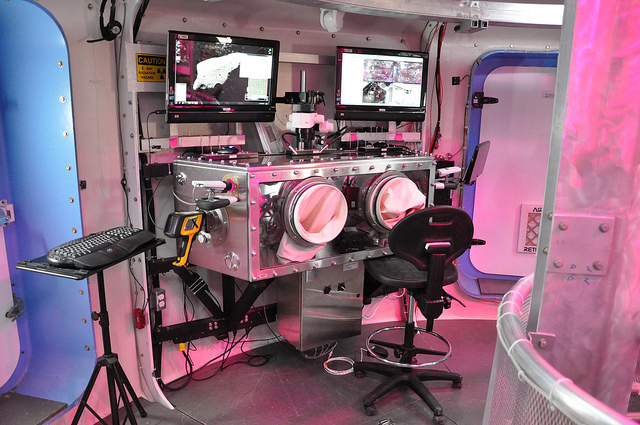 › View larger image
Crew members use the science glovebox inside the DSH to examine samples collected during spacewalks for the 2011 Desert RATS mission. Photo courtesy of NASA.
› Back To Top