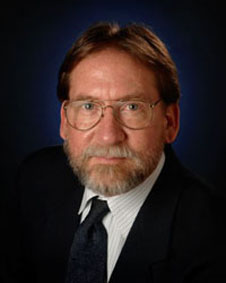 Doug Cooke is Associate Administrator for the Office of Exploration Systems Mission Directorate. The Exploration Systems Mission Directorate is responsible for managing the development of flight hardware systems for future human exploration beyond low Earth orbit, including the moon, near Earth asteroids, Mars and its moons and other destinations. This includes development of critical technologies, new capabilities, and human research to support future human spacecraft and exploration missions. It also includes partnering with industry to develop commercial capabilities for cargo and crew transportation to and from low Earth orbit.

Mr. Cooke has over 37 years of unique experience in the Space Shuttle, Space Station, and Exploration Programs. He has been assigned significant responsibilities during critical periods of each of these, including top management positions in all three programs.

Mr. Cooke's first major challenge began in 1975 when he was tasked with defining and implementing an entry aerodynamic flight test program for the Space Shuttle. This program was successfully implemented during the Approach and Landing Tests in 1977, and early orbital flights of the Space Shuttle beginning in 1981 through 1984.

Mr. Cooke was asked to lead the Analysis Office when the Space Station Program Office was first organized in 1984. He accepted the challenge and led the work that defined the Space Station configuration and many of its design details and technical attributes.

Mr. Cooke has played a pivotal role in planning for future space exploration beginning in 1989. He helped to lead a NASA team that produced the "90 Day Study" on lunar and Mars exploration. Mr. Cooke was subsequently assigned to the Synthesis Group led by Lt. General Tom Stafford, Gemini and Apollo Astronaut. The team produced a report for the White House entitled "America at the Threshold: America's Space Exploration Initiative." Mr. Cooke was selected to be the Manager of the Exploration Programs Office under then Exploration Associate Administrator Michael Griffin, where he initiated and led NASA agency-wide studies for the human return to the Moon, and exploration of Mars.

Prior to his current appointment to NASA Headquarters, Mr. Cooke served as manager for the Advanced Development Office at the Johnson Space Center, Houston. Mr. Cooke provided leadership for the planning of human missions beyond Earth orbit; including the Moon, Mars, libration points, and asteroids. This team developed integrated human and robotic mission objectives, defined investment strategies for exploration technologies, and managed NASA exploration mission architecture analyses. Mr. Cooke was detailed to NASA headquarters during portions of this period to contribute to headquarters level strategies for human exploration.

Mr. Cooke served as NASA technical advisor to the Columbia Accident Investigation Board from the time of the accident to the publishing of the report.

Prior to his current assignment Mr. Cooke served as Deputy Associate Administrator for the Exploration Systems Mission Directorate. He has made significant contributions to the structuring of its programs, defining the program content, and providing technical leadership. He initiated and led the development of the Global Exploration Strategy activity that led to defined themes and objectives for lunar exploration. International, science, industry, and entrepreneurial communities were engaged, and they contributed to the development and shaping of these themes and objectives. He led and guided the development of the planned lunar exploration mission approach and architecture. Mr. Cooke has also led the efforts to define long term NASA field center assignments for hardware development and operational responsibilities. He has been the Source Selection Authority for the major exploration contract competitions. In this role he has successfully selected the companies who are currently on contract.

Mr. Cooke is a graduate of Texas A&M University with a Bachelor of Science degree in Aerospace Engineering.