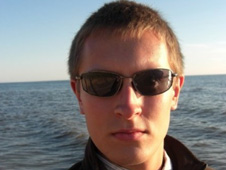 When composites were first implemented, structures were pieced together from smaller, more manageable constituents. Thought was not given on how best to create the new structures, but it was rather a carry-over method from experiences with metallic materials and structural manufacturing. Progress has been made by trying to reduce failure mechanisms, such as delamination issues, by curing skins separately of stiffeners and curing and bonding a stiffener to the cured skin. Delamination issues in the post-buckling range, however, are still present. Stiffener delamination from the skin causes sudden instability in buckling behavior, and the suddenly non-stiffened skin fails catastrophically under previously sustained high loads. Such catastrophic failure has warranted an increased buckling safety factor, and in turn to a heavier structure.

There is a strong necessity to certify structures for space applications. For this purpose, characterizing the mechanical performance of unitized stiffened textile composite panels is a first step towards qualifying textile composites for space structure shell applications much like how Mark Hilburger at NASA Langley is redefining the design requirements for metallic cylindrical shells used in launch vehicles with the Shell Buckling Knockdown Factor project.

Goals to be attained with this research effort include gaining an understanding of the post-buckling behavior of unitary stiffened textile composite panels, creating a computationally accurate model capturing the main failure modes of such panels, showing that such panels may be tailored for certain structural properties and achieving cost effective manufacturing processes. Tailoring textiles to be woven with stiffer axial properties closer to the edges of the plate, and stiffer in the transverse direction in the interior of the plate, theoretically should increase the critical buckling load. A study of how varying the structural properties affects stiffened plate critical buckling loads is an additional key component of the proposed work.

By using unitary stiffened composite panels, the proposed research aims to achieve gradual (post-peak softening) rather than catastrophic failure during post-buckling response resulting in a gradually decaying load curve compared to the sudden loss of load carrying capacity observed during stiffener-panel delamination. Additionally, the proposed research with unitary stiffened composite panels aims to show a high buckling stiffness per unit weight, per unit cost when compared to current stiffened panels. This can have significant impact in future, lightweight cost-effective aerospace structures such as launch vehicles. Should the anticipated local failure be observed (as opposed to catastrophic failure), composite structures will be safer due to an increased post-buckled load carrying capability and increased time for preventative measures to be taken.
› Back To Top