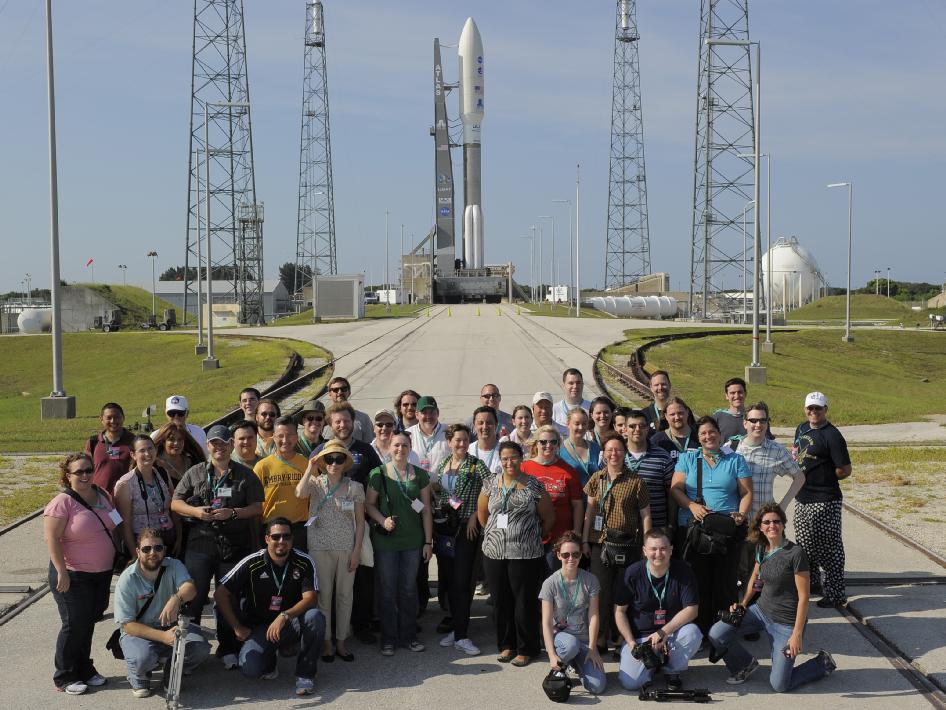 Followers of the agency's Twitter account pose for a portrait in front of NASA's Juno planetary probe poised for its five-year journey to Jupiter atop a United Launch Alliance Atlas V-551 launch vehicle on Space Launch Complex 41 on Cape Canaveral Air Force Station in Florida. NASA invited 150 Tweetup participants to come to the center for two days of prelaunch activities. They shared their experiences with followers through the social networking site Twitter. The attendees represented 28 states, the District of Columbia and five other countries: Canada, Finland, Norway, Spain and the United Kingdom. This is the first time NASA invited Twitter followers to experience the launch of a planetary spacecraft. Juno is NASA’s mission to Jupiter to study the giant planet and improve our understanding of the planet’s formation and evolution. The Juno spacecraft launched on an Atlas V rocket from Space Launch Complex 41 at Cape Canaveral Air Force Station in Florida on Aug. 5.