Grow Text SizeShrink Text Size
NASA Chat: Landing on Other Planets -- How Hard Can It Be? 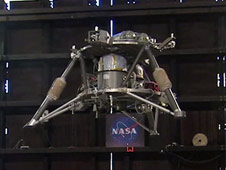 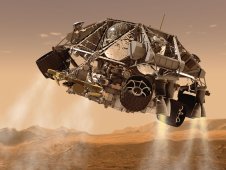 More Information
› Video: Robotic Lander Gets Sideways
› Link: "Back to School" Chat Series A lot of people grew up watching the popular Star Trek series that made space travel look easy. The show is entertaining, but in reality simply landing on another celestial body is a highly sophisticated task that takes a lot of science and engineering know-how. And, lots and lots of testing to work out any hardware or software glitches.

On Thursday, Oct. 13, from 3-4 p.m. EDT, chat experts Dr. Barbara Cohen, planetary scientist, and Dr. Greg Chavers, lead systems engineer for the Robotic Lander Project, both at NASA's Marshall Space Flight Center in Huntsville, Ala., answered your questions about why it's important to send spacecraft into the unknown to explore other destinations within our solar system and the engineering challenges of doing so.

More About the Chat Experts

More About Landing on Other Planets

NASA knows the complexity of space exploration and a team of engineers and scientists at the Marshall Center have developed a robotic lander prototype that they're currently testing to mature the capability needed to successfully land a spacecraft on another planetary body. The lander they're testing is proving to work well and they've learned that the final landing step, setting a craft down on a foreign body, is one of the most complex -- and important. The team knows a simple error could result in mission failure.

The robotic lander team at Marshall has spent countless hours testing a lander prototype, dubbed Mighty Eagle, to ensure it will be able to perform a precision autonomous landing when it comes time to execute a real space landing. During each tests, the lander fires an onboard gravity canceling thruster to simulate the gravity of another planet. These lander tests go a long way in providing the team with key data about important aspects of the lander system, such as algorithms, sensors, avionics, software, landing legs, and integrated system elements that will enable the lander to one day touch down gently and safely.